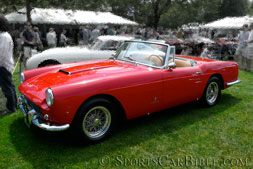 From the early 50’s a few lucky customers already had owned Ferrari convertibles. These handmade convertibles created from the 212 Inters, to the Americas and Superamericas chassis were all tailor made and details could vary from one car to the next. It wasn’t until 1957 that Ferrari introduced its proper production series with its chopped off roof, the 250 GT PF Cabriolet from Pinin Farina (PF). 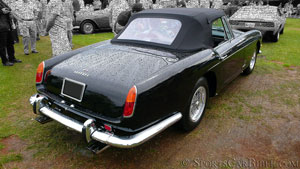 This Ferrari 250 Cabriolet can be distinguished in two very distinct series. The first of that series was built at 36 units only from 1957 to 1959 from a Pininfarina design and coachwork, but was refined by Sergio Scaglietti. Being all hand built and made to order, the first series was created for the lucrative American market. While they differentiate from one another in details, the first series was the inspiration for the design of the soon to come sublime 250 GT California Spyder. 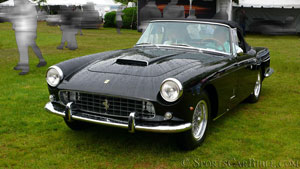 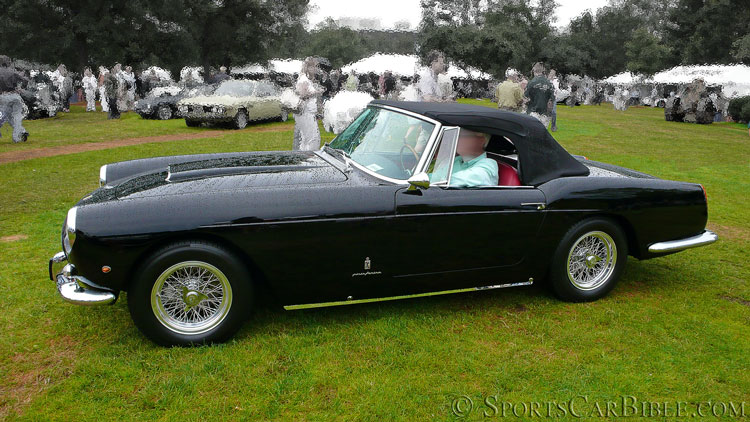 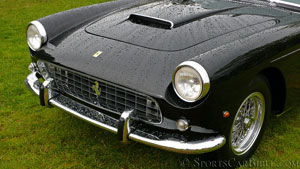 As for the design, the Ferrari 250 GT PF Cabriolet received exposed headlights, rear finned out fenders with vertically slanted tail lights; a style later seen on MGBs and Peugeot 404 Coupes… 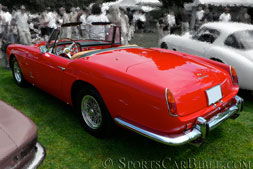 The interior was the same as the Coupe Notchback including a three branch wooden Nardi steering wheel. Behind it were two main Veglia dials with four smaller gauges placed in a square dice pattern. 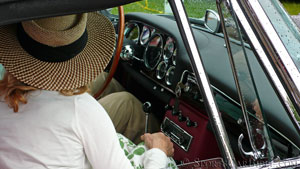 The major difference between the Coupe Notchback and the Cabriolet models, aside from the obvious soft and hard top roof configurations, was that the Cabriolet had a raised rear fender shoulder line, which was flushed and linear on the Coupe. In 1960, disc brakes replaced the front drum units, while engine and performance stayed the same as the first series.