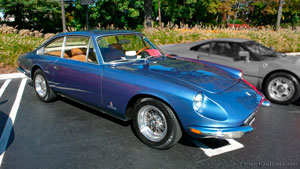 The Ferrari 365 GT 2+2 was introduced in late 1967 and was designed and coach-built by PininFarina to replace the previous and second Ferrari four seater, the 330 GT 2+2. 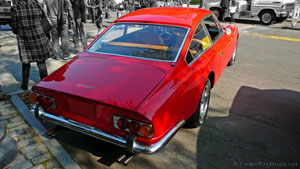 four adults in comfort. For the first time on a Ferrari 2+2 an all around independent suspension was fitted. At the rear was a self-leveling system developed by Koni allowing the ride to stay at the same height with a maximum load capacity or not. Ventilated disc brakes were a welcome addition especially when compared to the poor stopping power of the previous disc brakes found on the 275s and 330s. 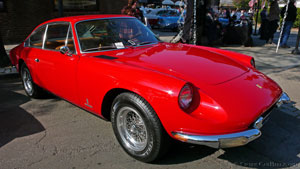 The body was made out of steel, aside from the aluminium hood and trunk lid. At the front, a long and pointy nose ending in a wide oval egg-crate grill with two thin split chrome bumpers housed additional quarter lights and turning signals, looked futuristic. The covered headlights exuded speed, but it was discarded on late models. Two black plastic engine bay air vents were located at the top of each front fender by the windshield. The overall profile line had a slight downward curve to it with a long rear quarter window, which could be slightly opened from the back and ended by a louvered black plastic element extending the glass 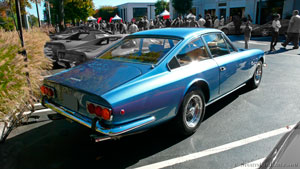 shape. The back window and trunk formed a faux-fastback design, working at concealing the very long overhang quite well. Less attractive was the three round taillight configuration framed in a rectangular chromed metal trim above a chrome bumper fitted with overriders. Just underneath the chrome bumper were the traditional and all Italian quad-tail pipes. The 365 GT 2+2 inherited the 10 hole Borrani alloy wheels from the 365 GTC. At the center, knock off hub caps could be found, but these wheels were later replaced by five star branch alloy wheels also seen on the 365 GTB/4 (Daytona), but Borrani wire wheels remained an option. 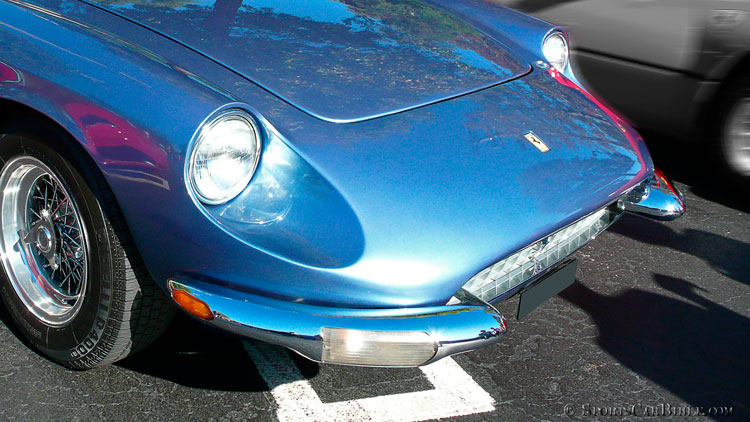 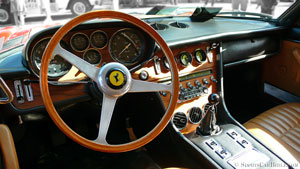 The interior was as lavish as a grand tourer could be, with teak veneer on the dashboard and center console. The main Veglia dials were all encased in an oval binnacle with a wooden Nardi steering wheel watching over them. The center console had three auxiliary dials 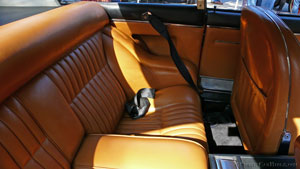 including a clock, while three round interior air vents were placed by the five speed non exposed gear lever gate. Power windows and power steering were standard, and was a first for a Ferrari four seater. The rear seats and center armrest fitted with an ashtray gave ample space for two adults. Already available on the option list was air conditioning, which was a popular option in the United States. 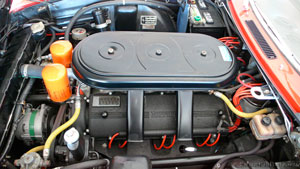 Production of the Ferrari 365 GT 2+2 ended in 1971 with only 800 handbuilt super cruisers. Today the 365 GT 2+2 is still one of the cheapest vintage V12 Ferraris out there. This long time forgotten cruising boat is now appreciated for its family orientated feel and its abilities to travel comfortably at hi-speed. Surprisingly it still handles well for its weight, and was one of the last great bespoke Ferraris before Fiat took over.