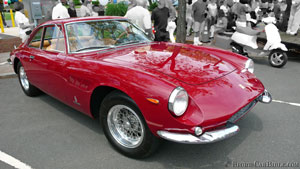 The 1964 Ferrari 500 Superfast shown at the Geneva Auto Show was at the apogee of the Grand Tourer line that originated from the 1951 Ferrari 340 America. The Superfast name was revived from the one off, 410 Superfast, which was a 410 Superamerica with a profiled rocket like design.

The 500 Superfast was based on the same tubular ladder frame chassis found on the 330 GT 2+2. It was then fitted with all-around tube shock suspension with coil springs at the front, and leaf springs at the back. Disc brakes were used all around, helping this GT sports car to now stop better than the 410 Superamerica. The body styling was done by Pininfarina, and was based on the 400 Aerodynamico design, but unlike the 400 Superamerica, no 500 Superfast convertibles were ever offered. The Superfast was an imposing sleek two door Grand Tourer, with its taillights now fitted on the truncated rear panel instead of being incased in the rear bumper. For these special cars, the body panels were all identical with just a couple of cars having covered headlights.

Two Series were produced, the first one produced at twenty-five units can be identified by its eleven small louvers on the side front fenders, and was fitted with the same four speed gearbox transmission with overdrive as in the 330 GT.

In 1965 the 500 Superfast Series II was unveiled. The side front fender air vents now had three large slats and the new five speed gearbox found on the later 330 GT Series II also ended up in the series II Superfast. 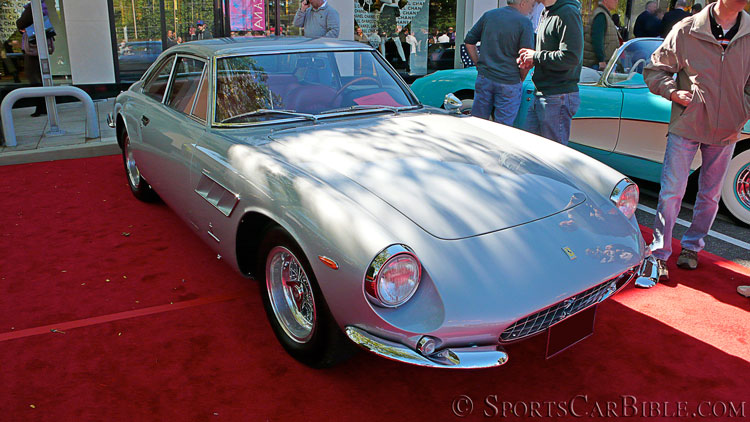 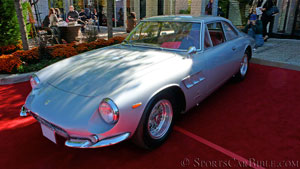 The interior was also the same found across all 500 Superfasts, teak wood was laid along the dashboard and also on the center console. Five Veglia dials were right in front of the driver lodged in an oval binnacle, and three more dials including the clock were located on the center console. The three branch wooden Nardi steering wheel gave the 500 Superfast its final touch and tied-up the interior in the usual Italian fashion. Electric windows, AC, power steering, and a rear bench seat could be ordered to distinguish your Superfast from your next door millionaire neighbor. But the real interior difference between the series I and II were the pedals being suspended instead of floor-hinged. 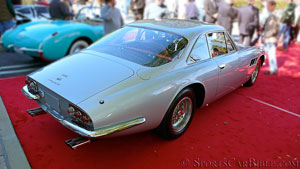 After a two year production run, thirty-seven Ferrari 500 Superfasts were built. Ferrari then pulled the plug on the America, Superamerica and Superfast series. After this lineup and from now on, the United States, where this series was mostly intended to compete against the big American V8s, would have to reinterpret Ferrari’s engine size nomenclature by its single cylinder capacity, in the same way that they appeared on the 250 series (250cc X 12 cylinders = 3000cc = 3L). The 500 Superfast was the most luxurious, powerful hand-built Grand Tourer Ferrari ever produced, and left the stage to the next and last star of this bespoken production series, the less powerful 365 California.