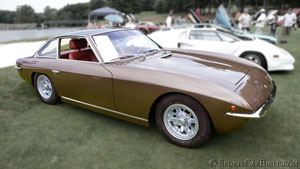 After losing $1000 on every 350 and 400 GT 2+2 built to efficiently compete with Ferrari, Ferrucio Lamborghini was ready to make a profit and found that his 350/400 GT line was still relevant to the public and the industry. Coachbuilder Touring who built the 350/400 GT went out of business in 1967 and Mario Marazzi who worked for Touring surrounded himself with a few ex-Touring employees to form the 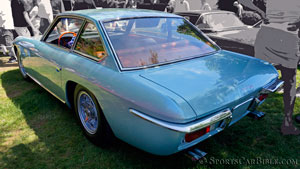 “Carrozzeria Marazzi” in 1967. While the 400 GT 2+2 was still in production Marazzi used Lamborghini’s tooling to assemble the last production year run for the 400 and was asked by Ferrucio Lamborghini to redesign the 400 GT while keeping the chassis to minimize cost. Marazzi was pretty young at the time but this didn’t bother Ferrucio who had an idea of the direction he wanted to take and worked closely with Marazzi on what would become the 1968 Lamborghini Islero GT. 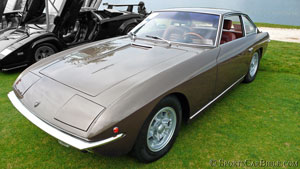 As many know, a few Lamborghinis have received throughout the years names of famous fighting bulls, and following after Miura, the Islero would be the second Lamborghini named this way after the famous bull that killed maybe the best bullfighter of all time in 1947, Manuel Rodriguez Sanchez (Manolete). 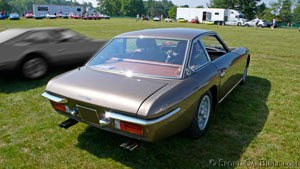 Ferrucio wanted a distinguished Grand Tourer as the 350/400 GT were, but this last creation would have to be uncluttered and very subdued, a real everyday sports car far from anything flamboyant as the Miura and Espada, unveiled respectively in 1966 and 1968. The Islero was angular aside from the curved hood housing a set of dual round pop-up headlights resembling those found on a 1968 Maserati Indy. 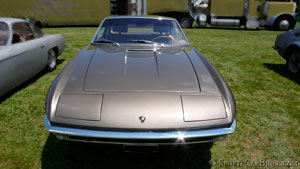 The thin chromed front bumper wrapped around the fenders, while the top edge of the fenders were slightly raised and finned out. An air scoop sat on the hood by the windshield and aside from a clean belt line, the flank was completely uncluttered from any artistic hoopla. Every pillar on the Islero was as thin as possible and not a single window had a round edge. The rear window was as wide as the windshield and the trunk lid of 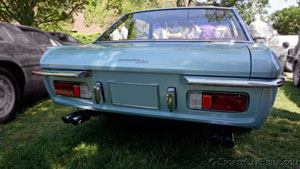 this three volume GT was flat with again, little raised fin edges on each fender. The rear was interesting with its thin split chrome bumper placed right below the trunk, while Alfa Romeo’s tail lights were fitted just underneath them. As usual the quad-pipes were part of the deal, and Borrani wire wheels were available, but most customers chose the more modern and beautiful five hole magnesium Campagnolo wheels, which looked the part on the Islero, especially with those squared-off rear wheel arches. 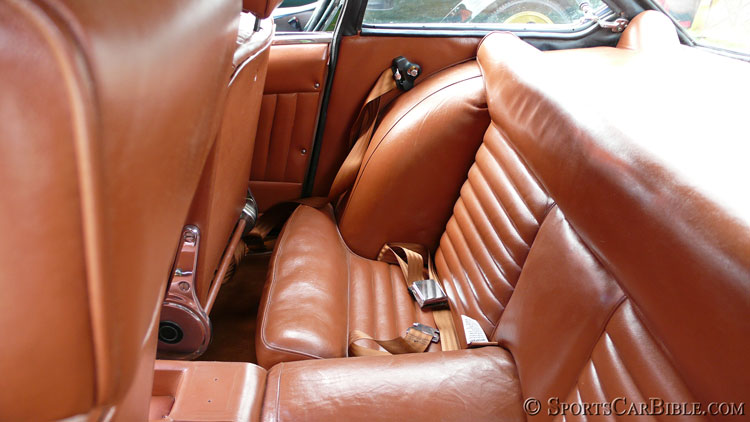 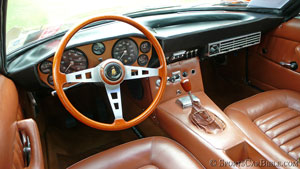 The Islero's interior also was redesigned from the 400 series with a trapezoidal binnacle housing all dials, and the center console still received unmarked toggle switches and push/pull levers. The tunnel console was home to the traditional flip-up chromed ashtray and wood knob gear lever. As for the rear seats they were somewhat bigger than the 400 GT’s, but still reserved for kids. 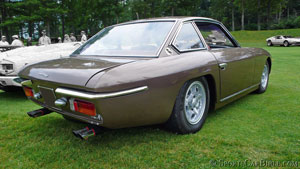 The 350/400 GT chassis was retained with its all around wishbone independent suspensions, while the anti-roll bars were thicker and the front wishbone longer to fit the wider body. As the previous models, Girling disc brakes were found on all corners, and the 4 liter (240 cu in) V12 developed by Bizzarini and refined by Dallara from the 400 series with its quad-cam, and six side-draught Weber carburetors found its place at the front. 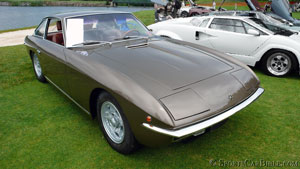 Sadly with the introduction of the superstar Lamborghini Miura in 1966, and also with the introduction of the fastest full four-seater coupe in the world in 1968, the exotic Lamborghini Espada, our little discreet businesslike 2+2 Islero had a hard time getting noticed. On top of that, the in and out built quality on the Islero was far from deserving the raging bull badge which affected sales dramatically as well. So much so that in 1969 after only 125 Lamborghini Islero GTs were produced, Ferrucio tried to correct this initial faux pas by introducing that same year the Islero GTS.

The Islero GTS received the Miura’s V12 hotter cams and with this the power output grew to 350 hp at 7500 rpm, giving new performance numbers to the Islero GTS with a new top speed of 162 mph / 260 km/h, while 6.1 seconds to get to 60 mph from a standstill was in the late 60’s seriously fast! 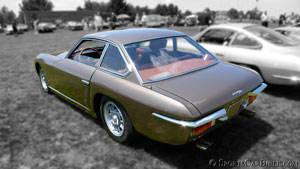 The suspensions were beefed-up and the rear suspensions received components from the Espada, which provided an even better ride and handling characteristic already known to be true on the Islero GT. On the outside a few distinct visual cues differentiate the GT from the GTS. To start, additional extra driving lamps were found on the front grill, the hood scoop was more pronounced, and the front side turning signal went from a tear drop shape to a round unit (not consistent). From the profile, a fixed side window vent and a “mailbox” side air vent after the front wheel arch were new. As for the fender arches they received a small flared lip and the tinted windows looked more modern, while a rear electric window defroster was more practical. 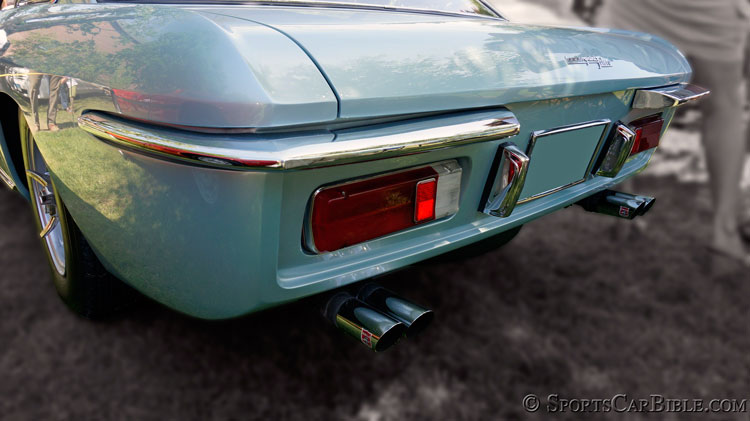 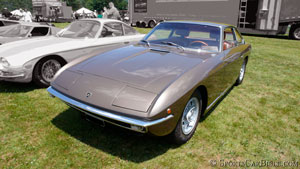 The Islero GTS's interior was brand new with more comfortable seats, and a completely redesigned dashboard with this time welcomed visible dials. The binnacle now extended toward the center where all small gauges were lined up horizontally under a wood background trim. The toggle switches got replaced by safer rocker switches, and the lower center console housed the radio, ashtray, gear lever and electric window switches.

Overall the in and out built quality took a jump forward, but the damage done on the first Islero GT was irreversible, and nothing was now able to change the initial Islero image. After only 100 Islero GTS were built Ferrucio pulled the plug on the Islero program in 1970. 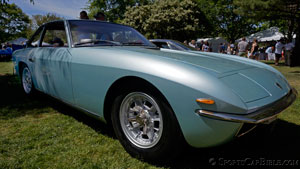 The Islero was Ferrucio’s favorite car, he owned a GT with a wooden gas filler cap, a testament of his love for boating. Today the Islero is still an enigma, which is a pity because even if the body wasn’t as glamorous as the 350/400 GTs, its angular style was better executed and better harmonized than the 350/400 models. And with 4 seats (kids only), a raging front engine and very good road manners, this classy and very underrated looker could be lamborghini’s best kept secret today… show-offs and the immature, no need to apply.