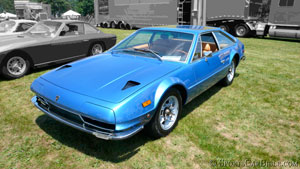 The 1968-70 Lamborghini Islero wasn’t the commercial success that Ferruccio had hoped for and a replacement was needed. Lamborghini also needed to comply with Federal US road regulations if it wanted to improve its sales figures, so in 1970 the Jarama GT was introduced to the public, in reference to Spain’s prominent bullfighting region. 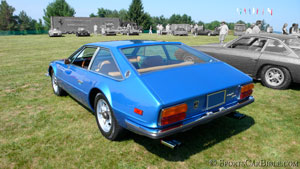 The Lamborghini Jarama GT was Paolo Stanzani’s child after Dallara’s departure. The chassis used was a shortened version of the Espada (-10.7 in/27.18 cm) and the body was designed by Marcello Gandini from the Bertone design group, while the bodies were built and assembled by Marazzi who also produced the Islero. The Bertone design was true to its roots by being angular with semi-hidden headlights, which were uncovered by a revolving panel lowering itself. Two NACA air ducts were fitted on the hood for interior ventilation like on the Espada, and large windows wrapped the car for good all around visibility. The Jarama’s rear section was imposing like a Lotus Excel and a long overhang gave this fastback design a bulky back-end. The same glorious Campagnolo magnesium wheels with five holes had a center knock-off spinner and looked great, but the "eyelid flared wheel arches" looked more like an after thought. 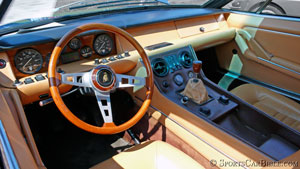 The Jarama's interior was in tradition with Italian Grand Tourers of the time, and was imposing with a massive straight dashboard, while the sunken rectangular binnacle housed all the necessary dials. The thick center and tunnel console received two round interior air vents, gear lever, as well as the electric window switches, clock and ashtray. Due to a short wheelbase, the rear seats were rather small, but many Grand Tourer coupes can attest to the same problem even with today’s motor offerings. 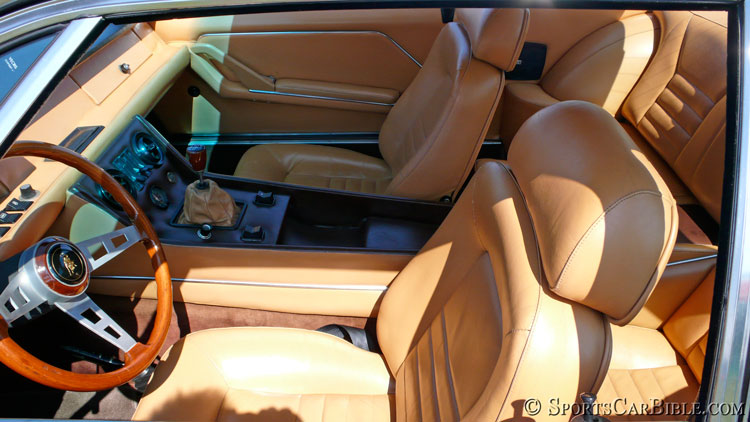 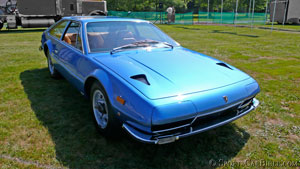 The engine was the same quad-cam V12 unit of 4 L (240 cu. in.) as the Islero GTS. It produced 350 bhp at 7500 rpm and was mated to a five speed lamborghini transmission. Due to the Jarama’s short dimensions, the engine was placed on top of the front axle making the steering heavy, but more importantly it ruined the weight distribution.

In 1973 the Jarama GTS was ready for production. A low but wide air scoop on the hood between the 2 NACA air ducts gave a more aggressive look, and an air vent was placed on the side front fenders. The bumpers were also changed with the front turning signal now lodged on the bumper instead of being set below it. The Campagnolo wheel set was now of a flatter design and held into place by five bolts, like in the Espada III. 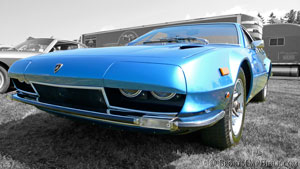 The power was raised, and 365 bhp at 7500 rpm was now available to cope with the Jarama’s weight, which had been reduced by 220 lb (100 kg) after having been heavily criticized by the press. With this a needed power steering was now standard, and in 1974 a three speed automatic Chrysler Torqueflite transmission could be ordered making things even easier but less involving. The top speed was now 162 mph (261 km/h) instead of the 152 mph (245km/h) achieved on the first series and 6.5 seconds instead of 6.6 seconds to get to 60 mph was on par with the Islero numbers that it replaced. 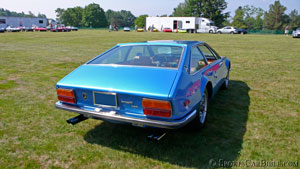 As the first Islero GT, the interior quality of the Jarama first series was plain scary and was thankfully revised on the Jarama GTS with a redesigned and more visible dashboard that included a raised rectangular binnacle now trimmed in brush aluminum. The center console design was set more vertically, while more rear legroom was available at the back due to the use of thinner rear back seat padding. If you wanted to go for an “al fresco” ride a very rare Targa roof option was on the menu list, and is almost impossible to find today. 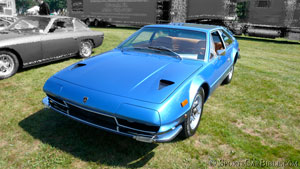 1976 was the last year for the Jarama, and as the Islero it was a financial disaster letting Ferrucio Lamborghini to sell his exotic car company to Swiss investors in 1974. The immense rear quarter window and clunky rear-end added to the width of the vehicle and the awkward front-end made the Jarama’s looks an acquired taste. Still the Jarama is a comfortable and civilized Grand Tourer easy to drive fast with 4 seats available. A total of 327 Jaramas were produced between 1970 and 1976 including the 1970 one-off Jarama Rallye, prepared by test driver/engineer Bob Wallace which essentially was a stripped down 400 hp attempt to boost sales.