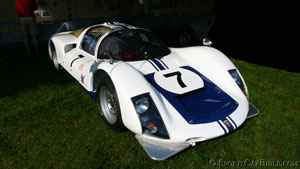 After the victorious and race inspired Porsche 904 Carrera GTS in 1964-65, the newly appointed Ferdinand Piech, grandson of Ferdinand Porsche, at the helm of a now more dedicated Racing Department, was ready to build a more purposefully built race car than the heavy 904 when facing the Ferrari 206 Dino. To enter the racing class “Group 4” Porsche needed to build 50 race cars within a year according to the rules. This gave us in 1966 the Porsche 906, also referred to as the Porsche Carrera 6.

The Porsche 906 was to be the last legal road going Porsche Race Car until the 1996-98 Porsche GT1 (Street version mind you, also laws were more rigorous in 1996 than in 1966). Compared to the 904-6 (Flat-6) Porsche was able to shed 113 kg / 250 lb mainly by ditching the 904’s pressed steel 2 box beam chassis for a modern steel tubular space frame. Lotus suspension components were used and street legal 15 inch wheels were fitted, but their 5-bolt design didn’t help when needing to change tires during a race. Unlike the 904 and its sprayed on stressed fiberglass body; the unstressed fiberglass body on the Porsche 906 was hand laid. This gave the Porsche 906 greater strength and a better finish. 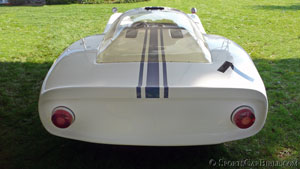 Sculpted for the first time in a wind tunnel, the Porsche 906 had a more rakish and Sport Prototype shape than the 904 GTS. The headlights were still plexiglass covered, but the whole front-end and its chiseled air-intake appeared flatter and lower than the 904, which also provided downforce on the front axle. To accentuate this effect some 906s also have been fitted with front-end side splitters. As the Mercedes 300 SL and its wide doorsills, the Porsche 906 adopted the Gull-Wing design for its doors. A rear side air-intake cooling the transmission, and between a panoramic louvered transparent plexiglass panel gave the 906 a Fastback shape. In this plexiglass panel were exposed Weber carburetor trumpets. The truncated Kamm-tail included a spoiler and housed a single round tail light on each side. 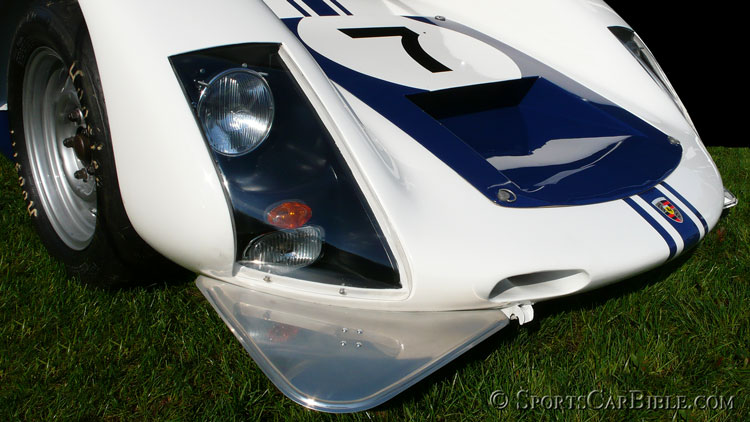 After stretching yourself over the doorsill and sitting in the deep bucket seat of this 2 seater, there wasn’t much to see aside from a large central rev-counter housed in a pod, and a smaller pod in the middle of the dashboard fitted with a temperature dial.

Talking about Le Mans, in 1966 four Porsche 906s won their Class (max 2 Liter / 122 cu in) but also placed 4, 5, 6 & 7 Overall. These four 906s finished just behind the now famous 3 Factory Ford GT40s and their massive 7 liter / 427 cu in V8 producing 485 hp, and another Le Mans Class win in 1967. Coming back in 1966 though, the Porsche 906 won the Targa Florio with an Overall victory, and Class victory in Daytona, Sebring, Monza, Spa, and Nurburgring to name just a few. Although with over 50 Porsche 906 built in 1966, it is fair to say that, even if deserving of all its titles, sometimes the sheer number of participating 906 overwhelmed the competition.

Also in 1966 Porsche started to build nine 906 Prototypes to enter in "Group 6 Prototype" Class as Factory cars and were named Porsche 906 E, meaning “Einspritzung” or “Injection”. These prototypes had an early Bosch Fuel Injection system that when tuned to its best produced up to 220 hp at 8100 rpm giving a 280 km/h / 174 mph top speed on the Mulsanne Straight. This higher top speed was also due to the 906 E’s slight change in body design that included a pointier nose with less overall drag. Also as Factory Team Cars, Porsche prepared 4 more 906/8 with a different spider body dedicated to hill climb and fitted with a Flat-8 of 2.2 liter / 134 cu in producing 250 hp. Between 1966 and 1967 a total of 65 Porsche 906 were produced including the nine Prototypes 906 E and four 906/8 Flat-8 Prototypes. 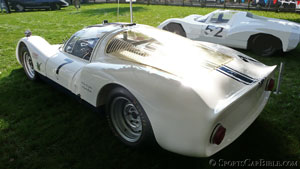 Today the Porsche 906 or Carrera 6, is as striking to look at with its well proportionate rakish Sport Prototype looks. It is as desirable as ever with its highly tuned Flat-6 made out of exotic Magnesium alloy. It is still technically very advanced with its tubular space frame chassis that offers great strength while being very light at the same time. So advanced and well founded actually that this Wasp would evolve into the very successful Porsche 917. What an opportunity it must have been to be able to purchase a Porsche 906 in 1966… last Porsche Race Car for the street anyone?