In the early 911 days the 356 customer base requested a cheaper 911 model to equal the 356 price point. Porsche replied with the 912, basically a 911 with a 356 engine. The 912 was cheaper, but it still missed the mark and Porsche knew that developing a new car would be cost prohibitive so they asked to partner with Volkswagen to reach their goal. VW was smitten by the idea of offering a sports car developed by Porsche with VW parts, so a deal was struck and the VW-Porsche 914 was introduced in September 1969. 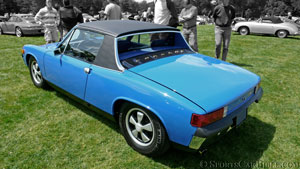 Simply named the Porsche 914 in the USA, this little two-seater, mid-rear engine, rear wheel drive with a “Targa” top (removable top panel) was all built by Karmann. The Porsche 914 had an awkward look, but it screamed sports car with its very low to the ground stature, pop-up headlights, and width for its size. The front fenders were raised and finished slanted with turning signals by the headlights. Behind the occupants was a short roof line serving as a roll bar and the flat rear lid ended straight with two rectangular tail lights. 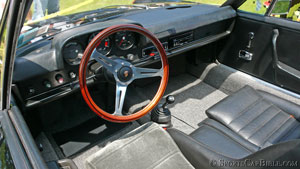 Inside the Porsche 914 the interior space was just adequate for two adults. Three dials with the rpm dial right in the middle fitted into a wide rectangular binnacle welcomed you. No center console could be found and the gear shifter came straight out of the tunnel console with no more special treatement than the usual rubber acordeon at its base. 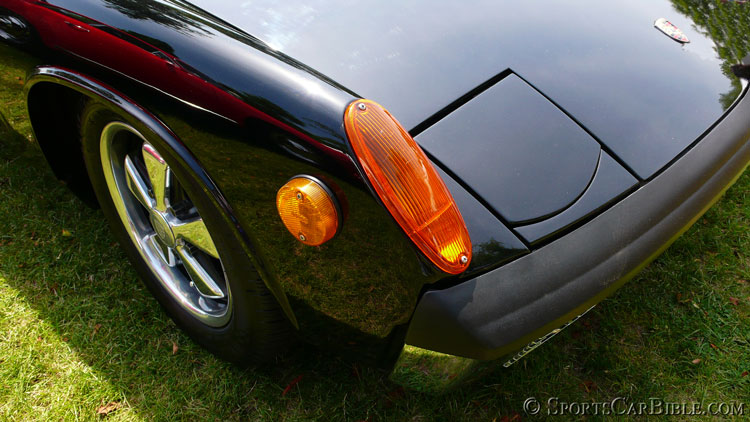 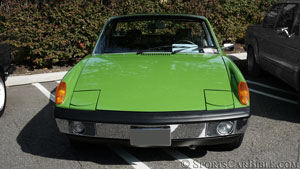 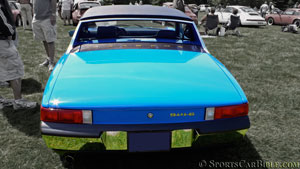 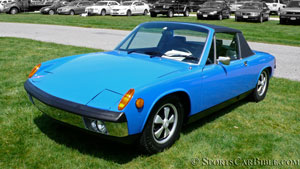 The Porsche 914/6 was also better equipped with vinyl on the “roll bar”, chromed bumper with fog lights, leather steering wheel and Porsche wheels. The 914/6 didn’t sell much though with just over 3300 cars sold in three years due to its high price tag approaching 911’s money. 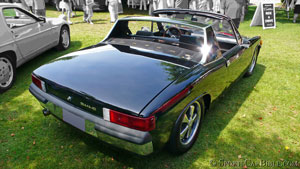 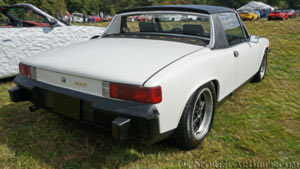 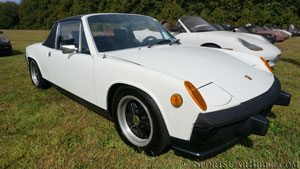 Porsche 914/6 -
... As well as its front cargo space, and as
the Boxster will have in the mid-late 90's.
Porsche 914/6 -
As a mid-rear engine proposition, the Porsche 914
still offers plenty of cargo space in its rear trunk...
Porsche 914/6 -
Placed in mid-rear position, the VW flat-4
or Porsche flat-6 engine (911 T) were able
to dissipate heat from this cleverly designed
rear mesh screen.
Porsche 914 -
Due to increasingly stricter Federal
safety laws appearing in the 60s & 70s,
" Targa-top" panel roofs, as well as "T-top" roofs
became more and more popular with car
manufacturers who still wished to offer an
open top motoring experience to their customers,
while still complying to tougher safety regulations.
Porsche 914/6 -
The 914's chisled front fenders with
their slanted turning signals are
one of the 914's design trademarks.
Also the beautiful pop-up headlights are
representative of the 70s-90s sports car era.