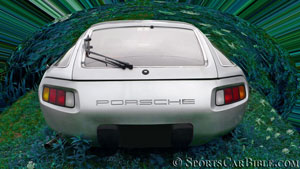 During the early 70’s Porsche was thinking of replacing the 911, which seemed to have passed its heyday and was on Porsche’s catalog list for well over a decade. A much more modern approach was chosen with, this time a water-cooled front engine rear wheel drive layout, making it possible to gulp long distances in comfort without being tricky at times. 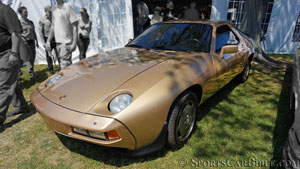 This agile Grand Tourer’s abilities were also due in part to its passive rear steering “Weissach axle” which changes the rear wheel’s camber when turning and acted as a form of rear wheel steering. It made the new high end Porsche very safe and progressive at the limits… a moden German Sports Car for today's active modern man. 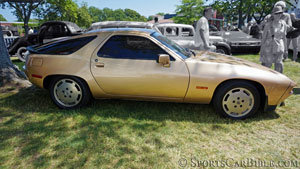 In late 1977 the Porsche 928 was presented to the public as a 1978 model and was a total departure from the Beetle’s roots. Designed by Anatole Lapine, this worldly car was more substantial than the then still little 911 (G series) with two round exposed swiveling headlight pods laying and facing up flush on the hood in off position. 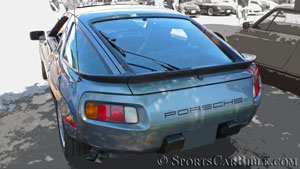 The front bumper was a one-piece plastic unit enveloping turning signals, extra driving lights and fog-lights with later on a lower spoiler. The 928's doors were curiously arched and the rear had a hatchback treatment with a three-piece window enveloping a bumper with dished taillights. The result was so advanced and stunning in the late 70’s that the 928 just looked like it just arrived from outer space. 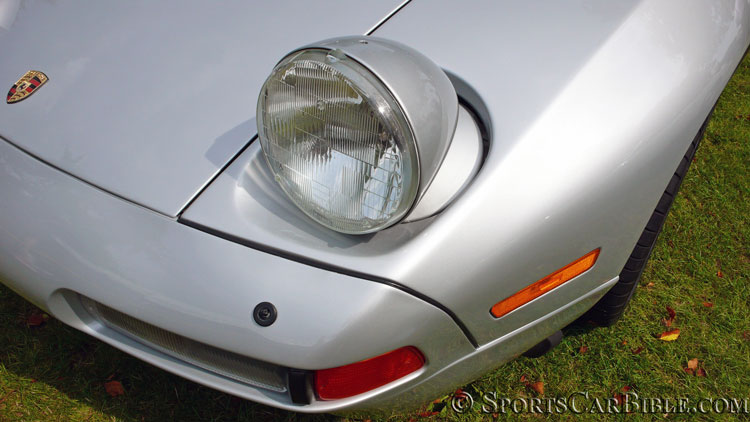 The interior was very comfortable with a massive extruding dashboard and a large swooping center console, the 2+2 layout allowed room for children though and only tire noise at speed could disrupt the occupants’ serenity. Porsche had big ideas for the 928 and fitted an all aluminum sleeveless 4.5 liter / 273 cu in single-cam V8 mated to a rear transaxle to better balance the car. 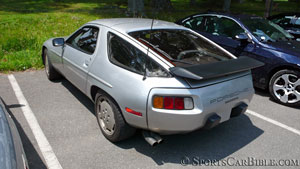 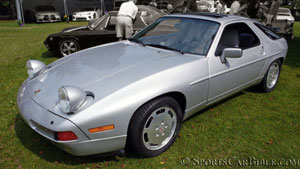 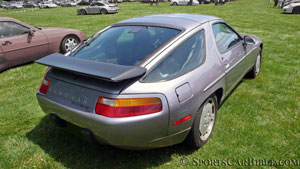 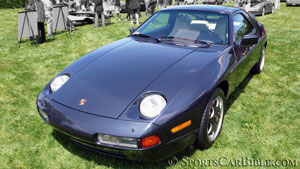 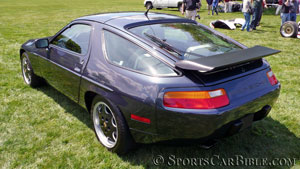 What made the new top speed jump so high was the adoption of a new front nose, now all rounded with new flush turning signals, high-beams and fog lights. The rear also received a reworked bumper with bigger flush taillights and a new raised rear wing. The 928 S4 was mainly ordered with the 4-speed automatic transmission but a 5-speed could also be ordered. 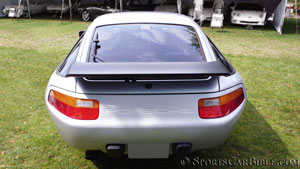 To add a little more edge, a limited-slit differential, sport suspensions and forged wheels were part of the journey making the top speed identical, but now it took only 5.5 seconds to reach 60 mph, while the tactile feel was improved. 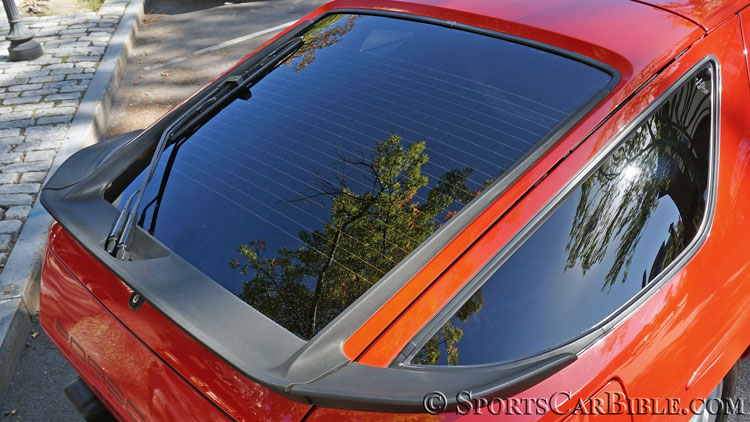 The last evolution was the 928 GTS introduced in 1992, it replaced the S4 as well as the GT with the choice of a 4-speed automatic or 5-speed manual transmission. 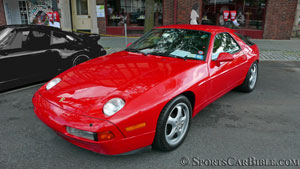 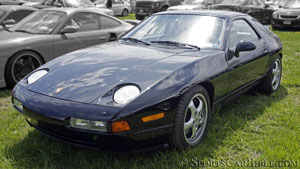 Sadly the 928 departed from Porsche’s catalog in 1995, letting the new found love brought by the latest 911 (993) take over the top of Porsche’s lineup. Today the 928 is regarded as a sideline Porsche and is sad that Porsche fans can only accept one Porsche while Ferrari fans celebrate SWBs, GTOs, Daytonas, 550/575, 599 and F12s…

Porsche 928 -
As expected the rear seats are cramped,
but at least they are available on the 928
unlike some other exotics of the day. Also
they make a huge difference in day to day
life when doubling as a very practical
extra cargo space!
Porsche 928 -
The sunroof doesn't open much,
but at least its opening point is near
the windshiled, which allows you to
have that "Outdoor feeling" without
looking directly up all the time.
Porsche 928 S4 -
Way before it became popular,
the Porsche 928 was one of the
first front-engine "Sports GT" to
have adopted the philosophy of a true
Mid-Front mounted engine layout .
Here in its dual-cam 5 liter / 302 cu in.
form you can see the V8 engine pushed
as far back as possible, way behind the
front wheel axle.
Porsche 928 GTS -
The last wing design, seen
on this GTS, was body color
coded as standard . Notice the
rear reflective strip running
between the taillights, which
was only fitted to the 928 GTS.
Porsche 928 (1st gen.) -
The first rear spoiler design had
a beautiful "boat anchor" shape to it
with its edges wrapping around the
rear fenders. Also its nicely shaped
long vertical rubber strips were
smoothly integrated to the rear
window frame pillars.
Porsche 928 (2nd gen.) -
As part of the successful front redesign ,
the rear was as well fitted with these
bigger and flush new taillights.
Porsche 928 (1st gen.) -
When 1st seen at Geneva in March 1977 ,
the extremely bulbously rounded rear-end
looked from outer space, and the taillights
encased at an angle in the body were
perfect for this road going Spaceship.
Porsche 928 (2nd gen.) -
Now more into the late 80's, the
Porcshe 928 2nd gen. received
a needed and very successful
refreshed design with these rounder
and a more integrated front light cluster.
Porsche 928 (1st gen.) -
For a 70's era car, the 1st gen. Porsche 928
had a foward thinking design in terms of
line cleaness. It has these encased driving light/
turning signal clusters fitted in a rarely seen
then matching color coded, and all molded
to the body, front bumper.

Porsche 928 S4 -
A very distinct feature of the 928 was the
headlight pod movement mecanism giving an
alien like look to the lamps when in up/on position.