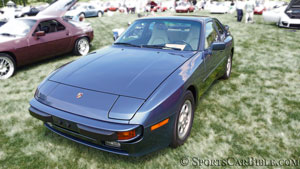 Once more Porsche was in the position of needing a new low price point sports car, but had no money to develop and produce one. The 2+2 Porsche 924, which lasted until 1988, was a good base with its front water-cooled engine and rear transaxle model line, so Porsche executives decided not to scrap the idea but to “evolve” it into the 1982 Porsche 944 also called 944 Lux in some markets. 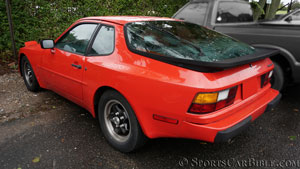 The Porsche 944 was basically a 924 but it took a lot of cues from the 924 Carrera GT with its muscular flared fenders drawn by Anatole Lapine over Harm Lagaay’s 924 original design. This time the rear flares were part of the fenders while the engine was a real Porsche unit and not a VW/Audi motor. This time, to make things even more official, the 944 would be built by Porsche and not VW. The design was stunning; the flared fenders really made the 944 into a sports car dripping with character. It looked mean and transformed the car into a real Porsche especially with the optional blacked-out Fuchs wheel set. Besides the wide shoulders, 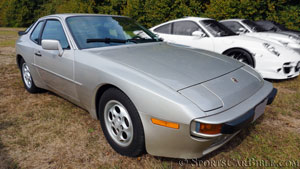 the two part front bumper had an optional pair of driving lights and a fog light set on the front valance. The rear valance had a lower lip, which helped to plant the 944 to the ground. At the back, the hatch/rear window base still had the large wrapping around rubber black spoiler from the 924, but it looked better on the more muscular 944. In North America, two rectangular rubber overriders were installed on the front and rear bumpers ruining the design a bit, but the four long side markers on each fender were a definite improvement over the 924’s big round units. 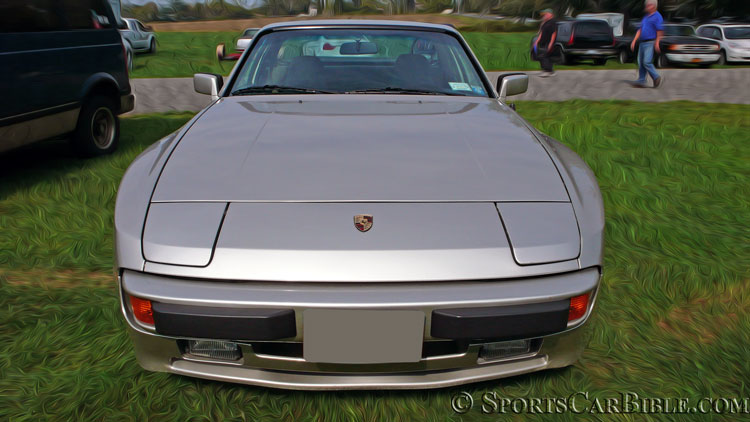 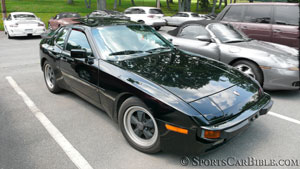 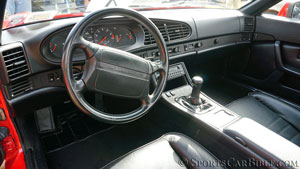 In February 1985 (85.5), the Porsche 944 was now distancing itself even more from the 924 by changing its three sunken dial dashboard design by a beautifully enveloping “Oval” layout. Four dials were encased into an oval binnacle, and the imposing center console gave the 944 a sense of quality and value. The rear seats were just here for children but the backrest could be lowered to transform the rear seats into a practical parcel shelf, while the rear window acted as a hatch for easy rear access. 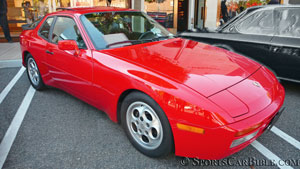 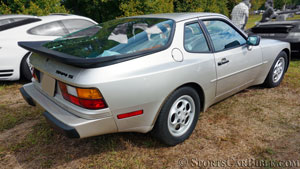 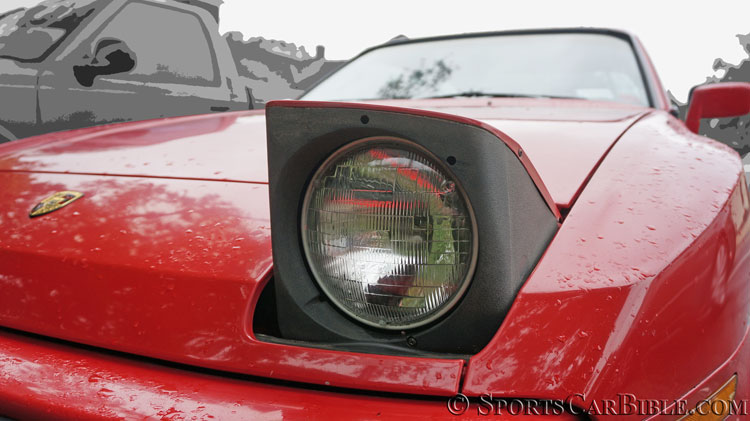 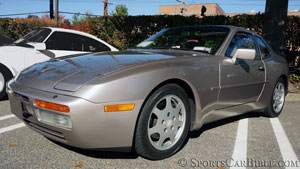 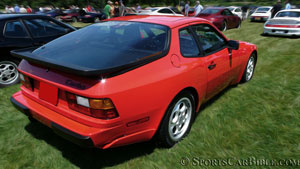 This new-found power rocketed the 944 to 60 mph in 5.7 seconds while the top speed was 161 mph / 261 Km/h. To stop the 944 Turbo S, the 928 S4's ABS braking disc system was used, and the suspensions were again stiffened and used Koni adjustable dampers. The steering and grip from those fat rear 245 tires allowed the last 944 to run neck to neck with the current 911 at the time, the 964. This confirmed Porsche’s ability to mature a model like no other. 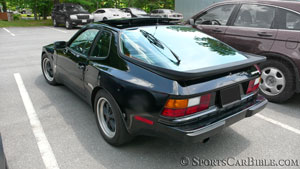 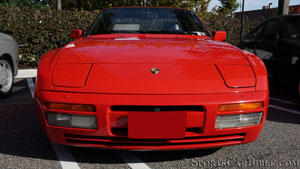 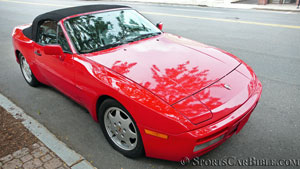 A Cabriolet version of the 944 S2 finally appeared in 1989 after a long wait. Although after much debate the “chopping” job was finally given to ASC, an American company based in Germany who succeeded to strengthen considerably the open car by only adding 70 kg /154 lb to the mix. This made the 944 S2 Cabriolet, one of the first convertible sports cars to "almost" feel like its coupé brother in terms of body rigidity. It also looked great while doing it with its “a la Speedster” lowered windshield of 6 cm / 2.4 inches, small sporty soft-top and the cabriolet’s unique and elegant flat trunk deck. 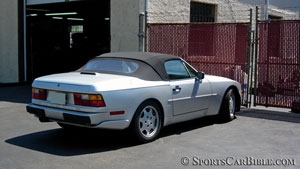 The last year in 1991 the German brand produced a limited number of 625 Porsche 944 Turbo Cabriolets based on the “Turbo S” but only available in Europe. Also that same year Porsche UK offered the 944 SE, which was a well equipped 944 S2 with sport suspension and 225 ps from its 3 liter 4-cylinder engine. 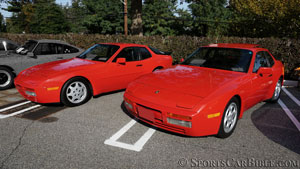 The beautiful Porsche 944 was a fantastic success for Porsche; practical, relaxed, and easy at the limits with its nearly 50/50 even front to rear weight distribution; it allowed for Porsche to get out of the red financially speaking and proved that Porsche could make something else than a 911… as if anyone had any doubts.