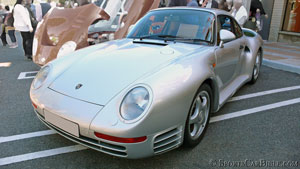 In 1981 executives at Porsche gave the green light for an ultra special 911. This Supercar project was conceived to raise the bar for future 911 production cars, which at the time started to linger. In 1983, Porsche presented the concept car then called the “Gruppe B” because the intent was to race it in the Group B Rally class, which was cancelled before the production car started, but with most of the development completed, Porsche still went ahead. The Porsche 959 was introduced to the public in 1986 and finished first, second and sixth at the Paris-Dakar Rally in this grueling 3 week desert race. Also that same year a track version with the nomenclature 961 won its class at Le Mans and production of the street road version started in 1986 and delivered in 1987.

The Porsche 959 became known as the most advanced car in the world, by leaps and bounds. Looking at it, its 911 roots were undeniable, but the tracks were so wide that fenders grew out considerably including doorsills to form a flowing streamlined shape with a high rear wing as an integral part of the body. Two massive air vents on both sides of the front and rear bumpers allowed the 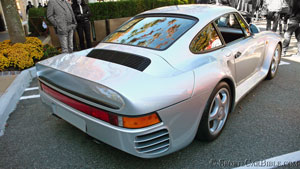 959 to pierce through the air, helped by tear shaped side rear-mirrors. Even the air intakes on the rear fenders were all rounded and smoothed-out giving a compact egg aspect to the 959. All this constituted a zero lift and a drag coefficient of 0.31 needed for a 196 mph / 315 km/h top speed making the Porsche 959 the fastest production car in the world until the introduction of the Ferrari F40 later on that same year. 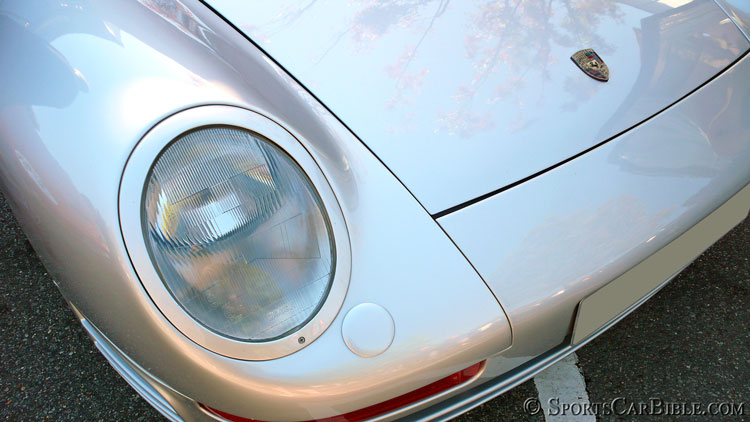 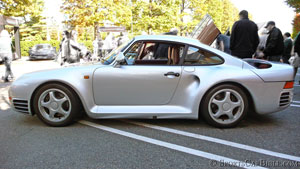 The chassis was composed of aluminium and Kevlar, the engine was derived from the racing Porsche 935 and was a dry sump 2.8 liter (174 cu in) flat 6, twin-cam of 24 valves with water-cooled cylinder heads and an air-cooled cylinder block. It was fed by two sequential turbos and developed 450 hp at 6500 rpm with a torque figure “surprisingly low” of 369 lb-ft at a high 5500 rpm. The advantage of having two sequential turbos was to reduce turbo-lag usually caused with one turbo. The other major innovation came from the transmission; 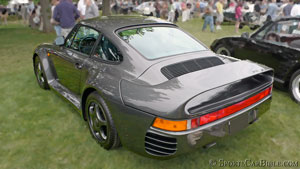 this one was the world’s first production 6 speed manual unit and was linked to an all wheel drive system with “PSK” allowing automatic transfer of torque from the rear to the front wheels. The five branch magnesium wheels also were hollow inside with a tire pressure sensor and Run-flat tires were fitted for high speed driving. For a last technological madness the ride’s height was also automatically adjustable with three different settings allowing from a comfortable ride to a firmer ride adding stability on the lowest position at high speed. 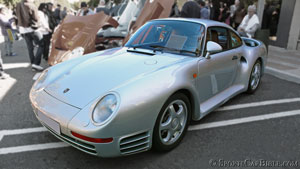 All this technology not seen on any exotic car manufacturer for at least another decade rocketed the 959 to 60 mph from a standstill point in 3.9 seconds, while the quarter mile was done in 12 seconds. Two versions of the Porsche 959 could be ordered, the “Komfort” version and the rarer “Sport” version believed to have been produced at only 29 units. The “Sport” version was 100 kg (220 lbs) lighter made possible with the deletion of the adjustable ride height system, rear seats, air conditioning, power windows and a few other minor items. 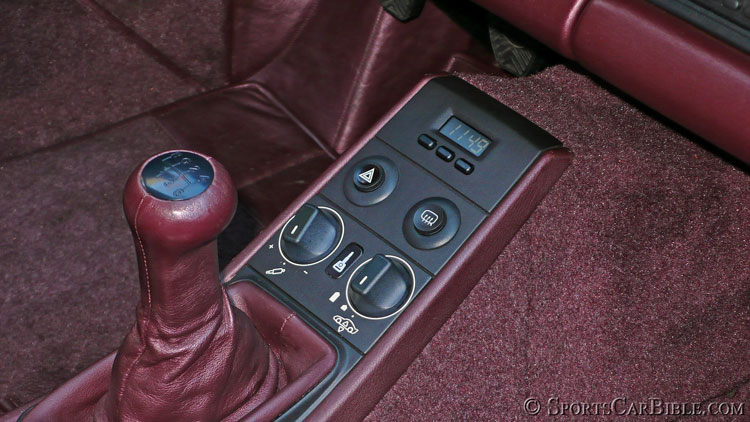 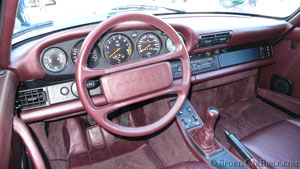 The interior was a "911esque" at best and only the suspension setting dials in front of the gearbox lever, the turbo gauge, suspensions with four-wheel drive gauges, and indicators were the differences from a standard 911 and were housed on the traditional five main gauge layout. 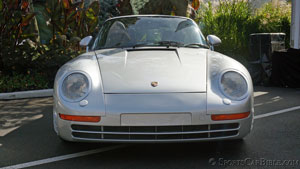 Production of the Porsche 959 ended in 1989 with just over 337 cars built, but in 1992-93 a batch of eight 959s were assembled with leftover parts laying around. At a quarter million dollars, the rumor circulated that it cost Porsche twice that amount to produce each 959, and we believe it!