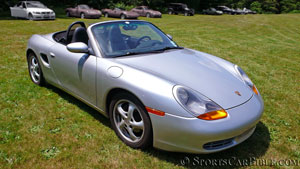 It seems that history repeats itself with Porsche being again on the verge of bankruptcy or on the selling block during the 90’s. After the low sales volume of the 968 ending in 1995, Porsche needed a new entry-level car, the choice came naturally with the worldwide acclaimed 1993 Porsche Boxster concept designed by Harm Lagaay. 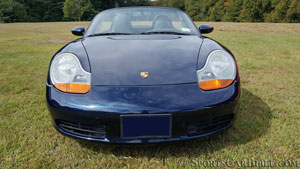 The little Roadster or should I say Speedster overall design has been retained, however the 550 Spyder’s aura has been tamed with less curvy shoulder lines, flatter headlights (fired egg) inspired by the 1989 Panamericana concept and front hood, while the sublime and expensive interior was gone. But who could complain even if the rear with its retractable spoiler could be confused for the front and vice and versa, Porsche made a little two-seater Roadster/Speedster/Spyder with a boxer engine…well the Boxster (986) as an entry-level car at the end of 1996… long gone were the 924 years!!! 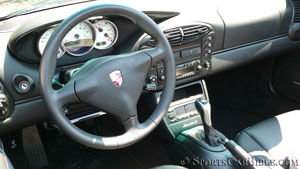 The dashboard had three dials collapsed into each other with a bridge like visor leaving a front view between it and the dials. For practicality, two trunk spaces were available at the front and rear of the car made possible by a mid-rear engine layout. 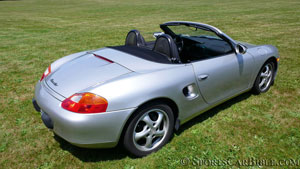 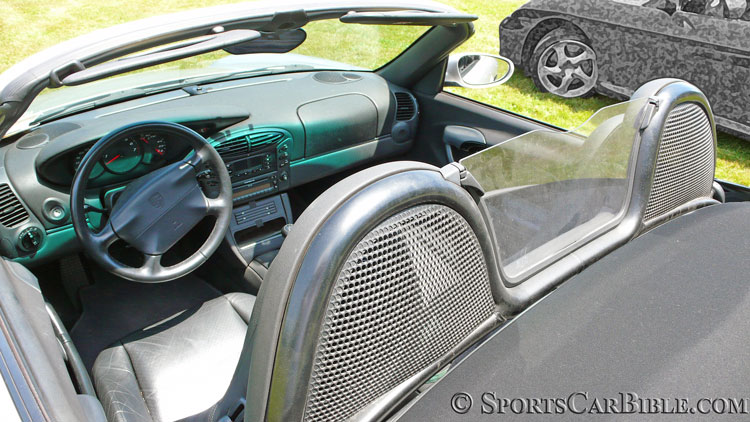 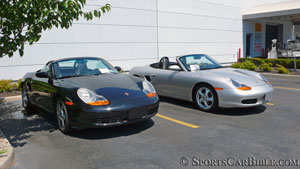 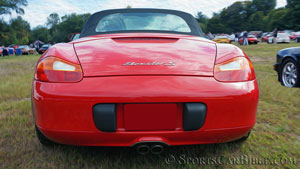 the Boxster S changed the little speedster game. With the already available 5-speed Tiptronic auto gearbox (best to avoid) the increase of power also came with a 6-speed manual transmission derivate from the Porsche 911 (996) as well as the suspensions and the “E-gas” which was a drive by wire throttle system, making the car more responsive. 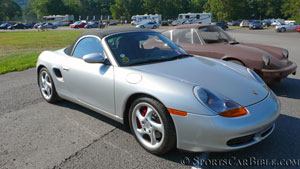 On the outside, aside from the rear “S” badge, the Boxster S could mainly be identified by three air-intakes on the front bumper, and two central rear exhaust pipes instead of the single oval unit found on the “standard” Boxster. Also the front and rear turning signals lost their amber color for a better suited clear smoked tone, 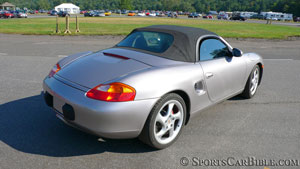 except in the USA where they stayed amber. The more detail oriented people would also have noticed that the more powerful brake calipers went from black to red, and the 3 main background dials graduated from black on the regular Boxster to white with bezels on the “S” model. Inside, the quality improved and a slimmer and more modern 3 branch steering wheel was fitted as standard for all markets for 2001. 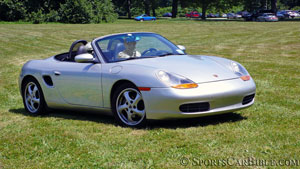 Also for model year 2000 the base model Boxster received a bigger 2.7 liter / 164 cu in engine producing 220 ps / 217 hp at 6400 rpm, but the 5-speed manual transmission remained. The good news was the changes made to the interior switches now shading their tacky glossy finish and erasable markings to a more durable finish. For safety measures the Porsche Stability Management system (PSM) was optional and allowed better handling while cornering and braking in bad weather or poor road conditions. 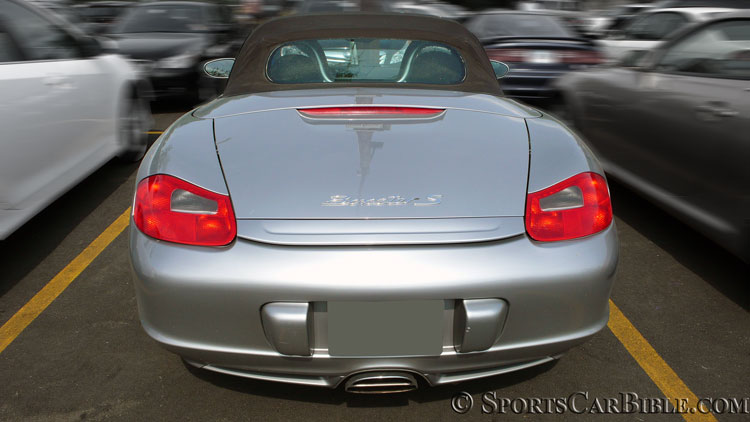 For model year 2003, the power rose again with 228 ps / 225 hp at 6300 rpm for the standard model and 260 ps / 254 hp at 6200 rpm for the Boxster S. Aside from this the bumper air-intakes and now color matching side intakes were reworked with a busy slatted pattern, while Federal Boxsters now also received color matching rear overriders and clear blinkers. The exhausts were also redesigned and a few new wheel designs were also unveiled. 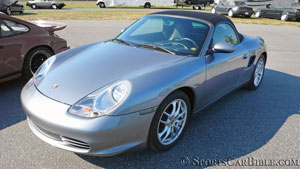 Another improvement was the replacement of the plastic rear window soft-top for a glass window and finally a glovebox was added, but sales started to plummet and in 2004 the limited production Boxster S 550, in reference to the 1953 Porsche 550 Spyder (James Dean’s fatal car), showed the end for the Boxster model 986. The 550 had 266 hp, the sports package, a unique silver paint, and a full cocoa leather interior with red taillights; it also was well equipped with a numbered interior plaque going up to…1,953 limited cars. 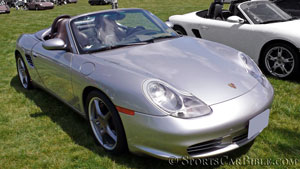 2004 was the last production year for the first generation of the Porsche Boxster model 986. After all the “Poor man’s Porsche” name calling, the Boxster handled better than its big brother 911 due to its mid-rear engine layout. It also is a pure 2-seater roadster, and all this was reflected in the staggering sales bringing Porsche out of its financial trouble in less than a decade, IMS/RMS problems or not ;)