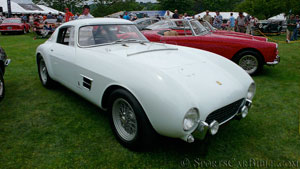 The now legendary Ferrari 250 nomenclature was first introduced with the 1953 Ferrari 250 Europa when it debuted at the Paris Auto Show. The two main designers for the 250 Europa were Vignale, but more importantly Pinin Farina who bodied most of the 250 Europas, and by doing so he also gained the status of Enzo Ferrari’s favorite designer/coachbuilder, at the disappointment of the other Italian coachbuilders.

The Pinin Farina body wasn’t fussy, with its straight round exposed headlights on bulged fenders. The big oval grill adorned the “egg crate” screen, and a very good all around visibility thanks to its panoramic rear window. But it is the low roofline and the simple rear fenders with their small elliptical taillights that gave the 250 Europa some hot-rod flair like the 342/375 Americas designed by Pinin Farina 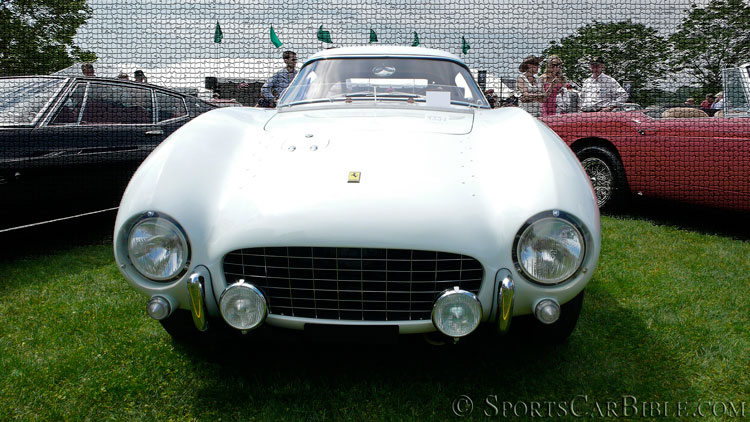 After one year of production and twenty-one Ferrari 250 Europas later, a second series appeared in 1954 with the 250 Europa “GT”. The Ferrari 250 Europa GT should have been entirely renamed as a new model due to the extent of the modifications list from the previous year. 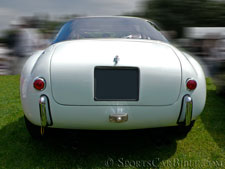 The chassis wheelbase was shortened and altered by 8” (20 cm) to 102.4 in (2600 mm). This made the 250 Europa GT stiffer and thus more nimble. The other major change came under the hood with the engine now being replaced by the Colombo block instead of the longer Lampredi V12. The Colombo V12 had the same 3 liter (180 cu in) capacity, a single-cam as well and developed the same power with 220 hp at 7000 rpm. This made for a lighter and shorter V12 needed in racing unlike the Lampredi engine block, which was heavier and longer to allow boring for larger capacity engines like the ones found on the 340, 342, 375 America series with their 4.1 liter (250 cu in) and 4.5 liter (276 cu in) capacity. The 3 liter (180 cu in) Colombo engine made more sense and allowed for a smaller chassis to be used on the Europa GT. 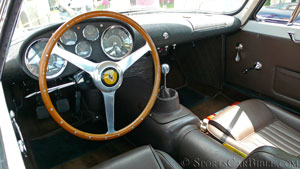 The instruments on the Europa GT were regrouped with the usual body color coded metal dashboard, all accentuated by the Jaeger dials and a wooden Nardi steering wheel.

In all, only forty Ferrari 250 Europas and Europa GTs were built including 4 lightweight racers seen here. This was the beginning of a decade long domination at the track or on the street for the extended Ferrari 250 family that would follow.