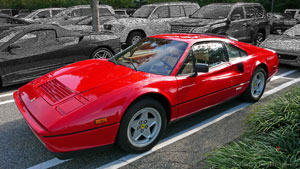 After the massive success of the 308 GTB / GTS series, Enzo didn’t want to jeopardise his best seller, and I don’t think that the world was ready to let go of Pininfarina’s head of design, Leonardo Fioravanti’s masterpiece. So in 1985 its evolution simply came under the name of the Ferrari 328 GTB / GTS (Gran Turismo Berlinetta/Grand Tourer Coupe). 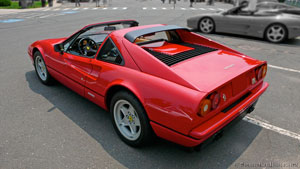 The tubular chassis’ wheelbase was now 1 cm longer (2/5 in) and was fitted with all around independent suspension and ventilated disc brakes. As in the previous 308 series, the 328 GTB / GTS’s pop up headlights were of a single round unit, but sadly the louvered air vents placed as an extension of the headlamps disappeared. 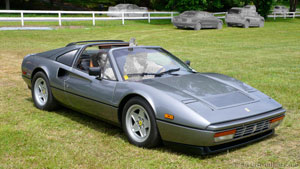 Those vents were now replaced by a body color matched 7 louver wide air vent on the hood between the headlamps, which also was an update from the thinner four louver vent units installed on the 308 QV. 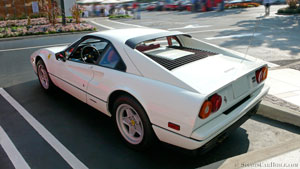 The nose had a redesigned and encased bumper with rounded soft edges that were now also finished in a matching color body paint. This treatment also was executed at the rear giving a definite updated and fresh look to our Ferrari 328. The much larger and flat front turning signal/parking light clusters were maybe the only downfall in the 328’s design. 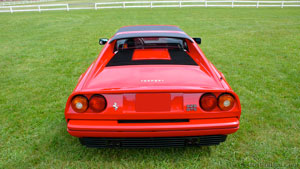 These new turning signal clusters were now incorporated under the bumper at each side of the egg crate grill, with a black front spoiler lip underneath it. For the American market a rectangular side light marker could be found on each fender, unlike the small round turning signals only fitted on the European 328’s front fenders. 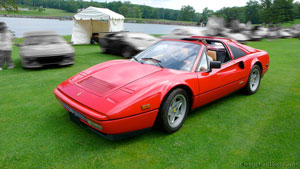 As on the 308 GTS / GTB and the little Dinos, the conical shaped air intakes starting from the doors and ending on the rear fenders remained on the 328. These air intakes channeled fresh air into the engine bay, and were a real treat for the eye as were the flying rear buttresses with the vertical rear panoramic window. The rear engine bay lid had a new “U” shaped black louvered air vent that started by the rear window. Once the engine lid opened, a luggage compartment sealed by a zipper was found between the tail lights 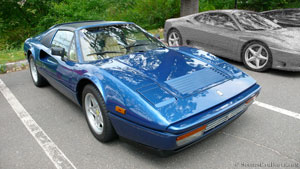 and the engine bay like in the previous 308s. The trunk ended up with a rear spoiler lip, while the two round tail light clusters were slightly encased in the truncated kamm tail. Just underneath the new slicker bumper, four exhaust pipes proudly showed their tips. This refreshing and successful restyled design was maybe the best of the 308 / 328 series. Especially with its cleaner edges, and its new five spoke, 16” alloy wheel set with a 225 mm wide tire at the back. This filled up the wheel arches more harmoniously than on the 308 with its previous 205 mm rear tires. 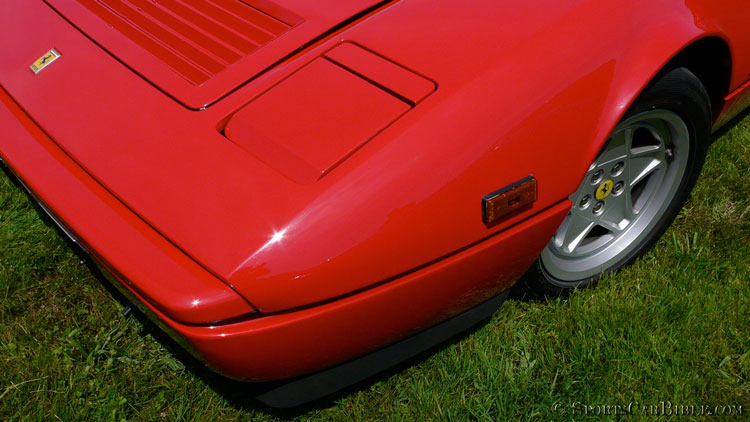 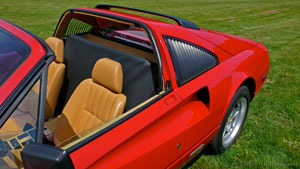 From the start, the GTS (Spider/convertible) was available alongside the GTB, and its removable “Targa” top could be lodged behind the seats as it did on the 308. The GTS top could be ordered with matching body color paint, a finish also seen on the optional top rear window wing spoiler. 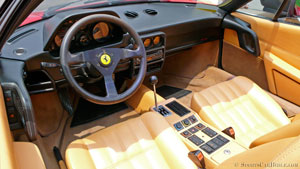 The interior was also updated with the same tall binnacle, but it now received a black background treatment with orange numberings. At the center of the dashboard, three auxiliary dials were aligned horizontally like in the majestic 288 GTO. The interior door panels were redesigned and the dual level center tunnel console now sadly housed some Fiat switches, while the five-speed dog leg (1st bottom left) transmission gear lever still had an open metal gate. 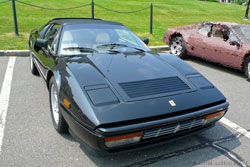 The only major change made for the Ferrari 328 series, came at the last year of production in 1989, with ABS offered as standard. These last ABS models were fitted with convex five spoke wheel sets instead of the more appealing concave units. 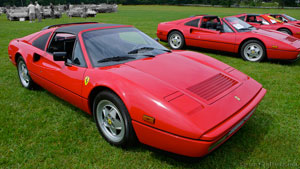 An Italian Turbo version of the 328 officially named the GTB / GTS Turbo, was introduced for the Italian market only between 1986 and 1989 due to Italy’s high taxation bracket on engines over 2 liter (122 cu in), and with 121 cu in, it did just that. Developing 254 hp at 6500 rpm instead of the 220 hp found on the previous 208 turbo (based on the 308), the new Turbo finally matched America’s 328 performance. Externally a few differences could be spotted on the Turbo cars, with the NACA air intake on the lower rear fender panel, the rear engine lid changed to allow the intercooler to fit properly, and the rear had vents to dissipate heat generated by the engine. 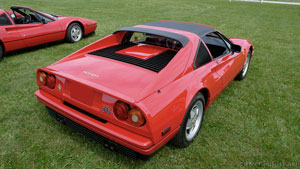 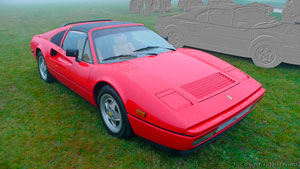 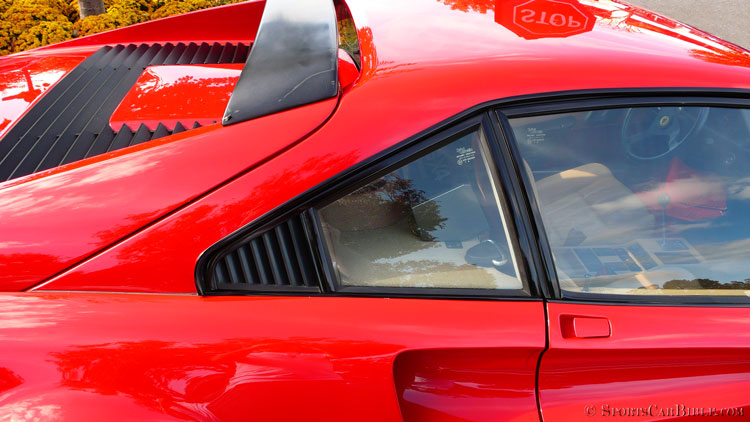