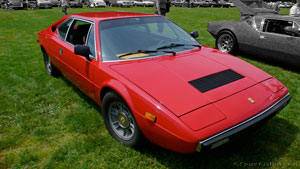 After Enzo Ferrari saw the potential that a smaller price point sports car could bring in terms of sales with the 206 and 246 Dino series, his main commercial target in mind was the very succeful Porsche 911. But unlike the little 2 seater Dinos, Enzo wanted to offer a 2+2 to attract as many 911 customers as possible. He also wanted to outpace the German manufacturer by offering a V8 under the name of his late son Dino, with the 1973 Dino 308 GT4 2+2. 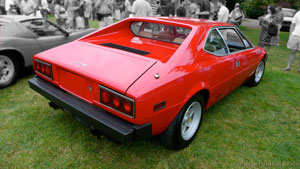 The 2550 mm (100.4 in) tubular wheelbase chassis was fitted with disc brakes and independent suspension all around. For a change Marcello Gandini, head designer for Bertone, drew what Bertone Design House is best known for, angular shapes. Enzo’s requirements were to have a two seater with small rear seats big enough to fit small children, and a mid-rear engine layout making Gandini’s task somewhat difficult. As a result the Dino 308 GT4 had awkward rear proportions and received a mixed warm welcome at his 1973 Paris introduction. 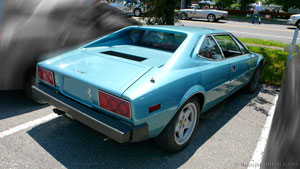 The front-end was square at best with a retractable set of two round headlights on each side and a black rectangular slatted air vent was fitted on the center of the aluminum hood. A thin black bumper with a rubber strip housed the turning signals and parking lights, while the front grill was placed below the bumper with optional high beams located on each side. The window space was generous with thin pillars giving the driver good all around visibility. The 308 GT4 had a flat aluminum engine lid with the same black air vent pattern found on the hood placed just after the vertical rear window. Two extended buttresses surrounded the engine cover and ended just before the trunk lid. This second lid had a semi-decent cargo space for a mid-rear engine 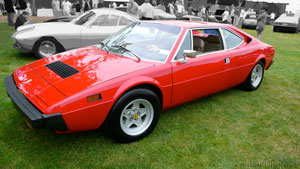 Ferrari, and an ultra small second cargo space was also available at the front by the donut spare wheel (full size in US). The “V” shaped air intake buttresses looked quite good especially when the GT4 was painted in a dark metallic color. The slightly trapezoidal awkard taillights had three horizontal round pattern lights on them, and the rear bumper had a rubber stripe with encased reverse lights, with the usual quad-pipes underneath it. The Cromodora alloy wheel design was the same found on the Dinos, but a wider five spoke alloy wheel also held with five bolts was a very popular option. 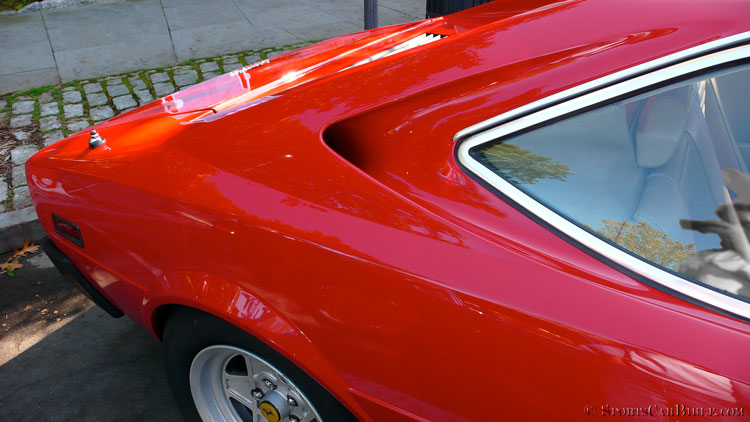 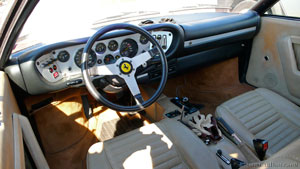 Inside, the binnacle had an internal aluminum finish with side wings that included switches and levers, while seven gauges were placed on the main panel in front of the driver. The dogleg gearbox (1st bottom left) had its metal gate exposed and the rear bucket seats were equipped with a center divider fitted with an ashtray where only small smoking kids could fit. 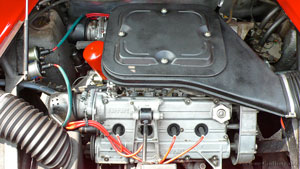 The 308 GT4’s engine was Ferrari’s first V8 on a production car (3.0 liter 8 cylinders), and was transversally mounted in front of the rear axle to remain compact. This newly developed 3 liter, or actually more like a 2.9 liter (178 cu in), 90˚ four-cam V8 with two valves per cylinder was fed by four twin-choke Weber carburetors. It produced 255 hp at a high revving 7700 rpm and 240 at 6600 rpm in the USA due to tighter emission restrictions. With all the criticism received on its look alone, the 308 GT4 still had the difficult task of following the gorgeous Dino 246. But all complaints disappeared once behind the communicative rack and pinion steering wheel. Also the very willing V8 gave a 0-62 mph time of 6.2 seconds (7.2 US), and a top speed of 155 mph (250 km/h) and 138 mph (222 km/h) for US models wasn’t too shabby either. 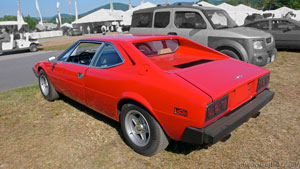 In 1975 the Dino 308 GT4 became… the Ferrari 308 GT4, and with this great news all Dino badges were replaced with Ferrari’s prancing horses. The front grill now took the whole width of the car with the high beam lights now fitted underneath the front grill. For North American GT4s, the side rectangular marking lights remained, as well as the extended and unflattering bumpers, visually giving extra length that the GT4 didn’t need. On the flanks, the lower belt line section was painted black like on the 365/512 BBs. Now with Europe also on the catalytic converter wagon, power was down to 230 hp at 7700 rpm, while US models were now only producing 205 hp at 6600 rpm. 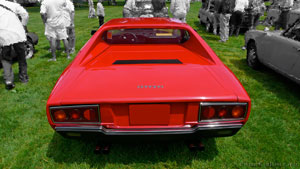 After a seven-year production run ending in 1980, the Dino/Ferrari 308 GT4 sold worldwide at 2826 units without including 840 more Ferrari 208 GT4s sold in Italy alone. Today the 308 GT4 still is considered an awkward sports car, and can be bought relatively cheap. And if you needed other reasons to get your foot into Ferrari’s stable, it is also a nimble four-seater mid-rear engine V8 sports car, for the people in the know… even if it never challenged 911’s sales.