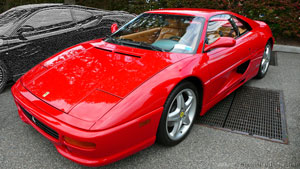 The death of Enzo Ferrari in 1988 was followed by the controversial Ferrari 348. By the end of 1991, Luca Cordero di Montezemolo was promoted to Ferrari’s President by Fiat’s chairman Gianni Agnelli. Not 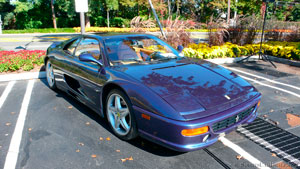 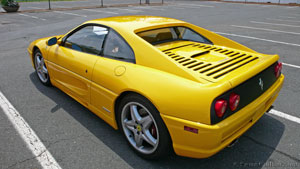 The unitary chassis was steel pressed and fitted with an all-independent suspension blessed with a two level electronic damping system. This damping solution included a “Normal” and “Sport” mode, as seen on the 456 GT, while the ABS disc brakes were equipped with an On-Off button to get the most fun out of your F355 on the track. 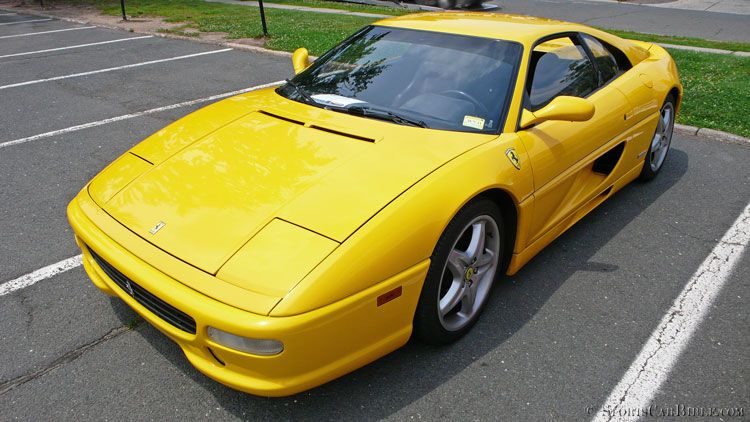 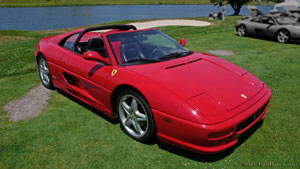 It could be a little challenging at first for the untrained eye to realize that the F355 was based on the 348, but the result was so smartly done by Pininfarina that he only had to change a few vital design cues to make the F355 appear as a completely new model. The nose had a new “smiley” grill like the one on the 456 GT, with tuning signals/parking lights at each side of it. Underneath them, extra-driving lights were placed just above a split lower lip. The hood adorned the last rectangular pop-up headlights seen on a modern Ferrari, and the five-spoke 18” 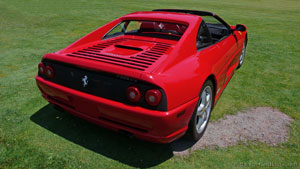 magnesium wheel set was a welcome change over the “propeller” design themed wheels found on the 348. The two large side air intakes lost their horizontal slats and gave the F355 its own identity unlike the 348 and its “baby Testarossa” image. Another engine air intake was lodged at the base of each flying buttress, which with the panoramic vertical rear window, remained a favorite design trademark on entry-level Ferraris. The “targa-top” from the GTS could be placed behind the seats and was the only form of open 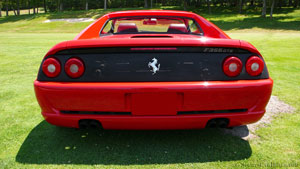 air touring until the Spider version arrived. The wide bulging rear fenders were very sexy indeed, and the all louvered engine lid ended with a pronounced rear spoiler lip. A thin mesh grill under it looked purposeful, but you could opt for a full “Challenge” grill mesh that allowed the engine bay to cool faster. The round taillights were a better fit than the previous 348 rectangular units, and the traditional quad-exhaust pipes finished the rear with just above them a cutout horizontal strip to work with the flat undertray creating down-force at high speed.

The dashboard was taken from the 348 with its square air vents, and main binnacle, but the dials’ numbering changed from orange to white, and the center console disappeared to only reveal a little center pod with three small dials encased in it. The radio sat just underneath it, and finally the tunnel console housed bespoke switches including the adjustable dampers, fog lights and door lock switches. These proper Ferrari switches were first introduced on the 456, and lets say it, this was about time on such a prestigious car manufacturer… bye-bye Fiat's parts-bin components. Just below them and still on the tunnel console was the six speed exposed metal gear lever gate with an all metal gear and knob lever. Below the gate you could find the AC/heater control unit, and mirror controls as well. The gearbox gained a gear ratio but it also was more docile to use than any previous unit, even when cold and definitely added to the F355’s practicality only experienced before on the 456 GT. 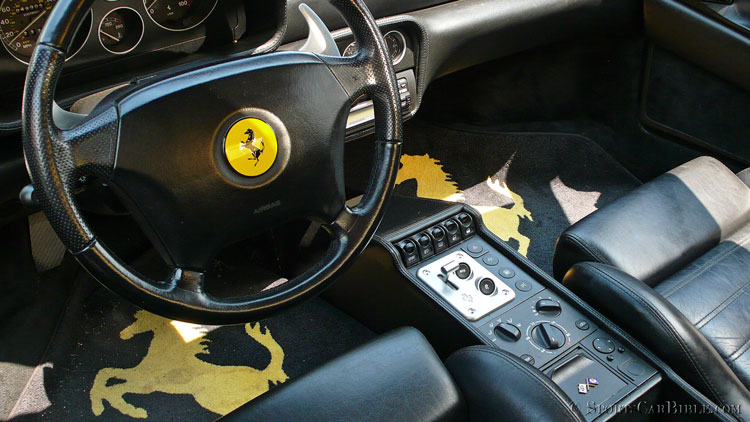 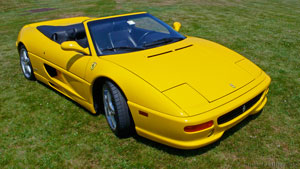 The mid-rear, quad-cams 3.5 liter (213 cu in) V8 engine was longitudinally placed but instead of adorning four valves per cylinder, it had five valves per cylinder, thus giving the F355 its nomenclature with a 3.5 liter, 5 valves/cylinder motor. This last one developed a whopping 380 ps / 375 hp at a high revving 8250 rpm. This figure gave the F355 the title of the highest power output engine in the world per liter and the highest revs with 109 hp/liter (109 hp/61 cu in). From a standstill the Ferrari F355 could surge to 62 mph in 4.6 seconds, while the top speed was 183 mph / 295 km/h. With far better cornering abilities, these performances were higher than the previous V12 flagship, which was the F512 M (last Testarossa). This was quite a feat for the new entry level Ferrari! 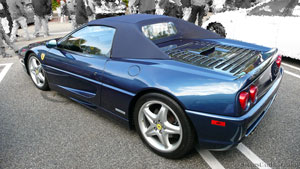 In 1995, the sublime F355 Spider was introduced with an electric soft-top and like the 348 Spider, and Mondial Cabriolet, the rear top mimicked the Berlinetta’s rear buttress and could be covered under a soft-top cover when down. Needless to say that the F355 Spider was a great international success, and who wouldn’t want to hear a 109 hp per liter V8 screaming all the way up to pass 8000 rpm under a tunnel or simply having the wind in his/her hair in a Ferrari for that matter! 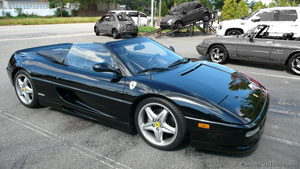 For 1997, the F355 gained a Formula 1 inspired sequential gearbox with two paddle shifters behind the steering wheel. Now called the Ferrari 355 F1 (no “F” please) this early technology was a bit jerky, slow and unreliable, with needed clutch repairs as often as every 8000 miles if used extensively in town. 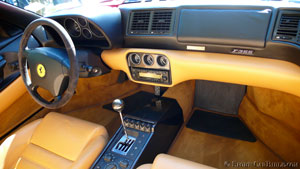 In 1999, the last year of production, Ferrari produced a limited series of just one hundred F355 “Serie Fiorano”. This last batch of F355s were all Spiders, aside from a couple, and had a wider track, stiffer and lower suspensions, alcantara (faux-suede) on the steering wheel for a better grip, and the “Challenge” mesh rear grill. Inside a plethora of carbon fiber accents helped make you feel that much more special. 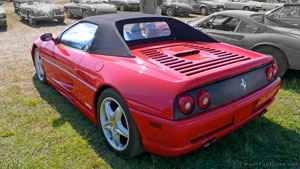 The Ferrari F355 was an immense commercial success for Ferrari with 11273 cars sold in five years only. But this success is easy to justify with the F355’s good looks, performance, reliability, handling at the limits (for the Berlinetta), and everyday usability never seen on the previous Ferrari 348… welcome back to the modern world! 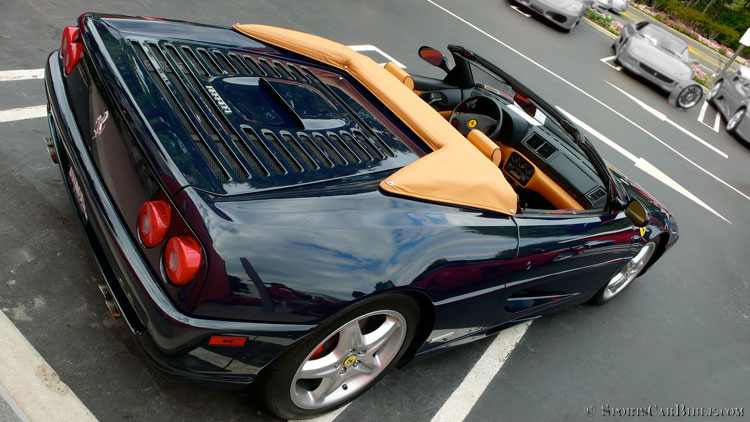