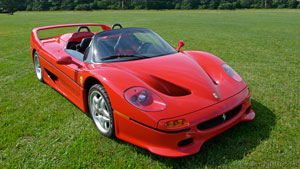 After creating the F40 Supercar in 1987 to celebrate Ferrari’s 40th anniversary, the world waited impatiently until 1995 when Ferrari introduced its next superstar, the Ferrari F50. 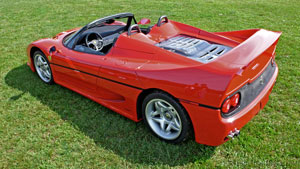 The idea to build the Ferrari F50 supercar emerged from the request of many F40 owners, who wished they could experience the “Real Thing”, meaning driving a F1 derived supercar without turbos as a road-going car. Alain Prost’s 1990 Ferrari 641/642, 3.5 liter (213 cu in) V12 engine Grand Prix car was going to be the base for the new Ferrari F50 Supercar, giving Ferrari a marketing leap over the competition. 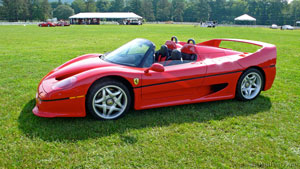 Pininfarina drew the lines mostly dictated by aerodynamics, and F1 design cues. The F50 construction was done from a mix of Kevlar, Nomex honeycomb, and carbon fiber for the body panels, where weaves can be seen through the F50’s thin paint job. A Formula 1 nose seemed to be embedded in the hood and was emphasized by two air vents on each side of it. The two vents received internal electric fans to cool down the front radiator, while at the same time giving some downforce to the front axle. The 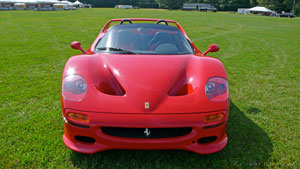 end of the pop-up headlights era arrived with the F355, so the F50 had its two round headlamps covered with the turning signals/parking lights combo at the edge of the nose. The “smiley” grill adorned a chromed prancing horse with a small air intake on each side just above the split lower spoiler lip. The F50 was the first Supercar designed to be not only a two-door coupe, but also a spider with its removable hard top. It had two sloping down headrests with their integrated roll bars, and with the little air 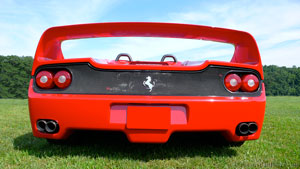 deflector lip lodged on the fixed side vent windows, it also was a turbulence free open top air sports car… at legal speeds that is. All F50s had the prancing horse shield on their front fenders, just above the all-around split recessed belt line. Starting from the doorsills was a massive side air channel feeding the engine with its chiseled air entry found just before the rear wheel arches. Pininfarina who designed the F40 with its now iconic massive rear wing, wanted to recapture this legendary visual cue

on the F50. So another highly planted wing with extended and swooping pillars also adorned the F50. The engine could be enjoyed through a clear heat resistant louvered Perspex lid and the legendary quad-round tail lights were also present at the back. The tail lights were surrounded by a black meshed screen with a chrome prancing horse at its center. Between the quad-exhaust pipes were two venturies working in unison with the flat undertray to create a maximum of 882 lb (400 kg) of downforce at 200 mph (322 km/h). 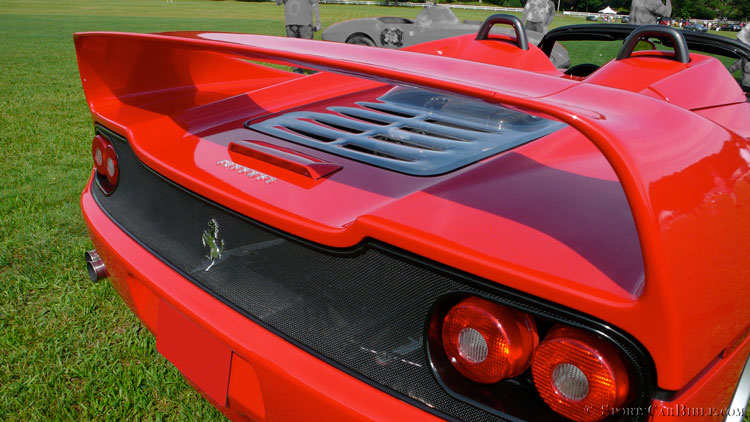 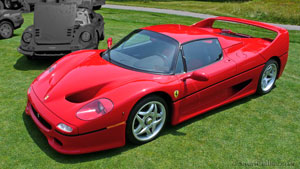 The carbon fiber chassis formed a safety cell tub, like in F1, and only weighed 102 kg (225 lb). Inside, all the bare carbon fiber panels were a treat for the eyes as well as the LED instrument binnacle. But this wasn’t the case with the old (308 GTB/GTS) central round interior air vents fitted on the carbon fiber dashboard, which was covered at its top by an anti-reflective Alcantara surface treatment (faux-suede). A start button under a three branch, unassisted steering wheel, gave the driver a great sense of involvement, while the tunnel console housed the exposed six speed metal gate gear lever topped by a carbon fiber knob. The two seats were heavily bucketed with the AC/heater control in between them, while the side windows were manually operated. 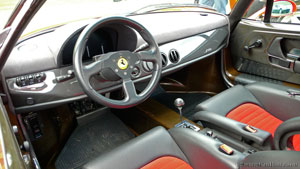 Built with F1 technology in mind, the engine was bolted straight to the Bulkhead with a variable electrical rear damper directly mounted to the six speed manual gearbox. All this was mated with inboard pushrod coil springs and tube shocks as a F1 car would have, like the use of the rubber fuel cell. An onboard computer took longitudinal and lateral acceleration with steering input to adjust the suspension for the best driving condition setup, and as a F1 car, no rubber bushings were present. This gave the driver a direct connection to the road via the steering wheel and its vertebrae. As for the wider than the rear front axle, it could be electrically raised by a motor up 1.57 in (4 cm) for ground clearance purposes. 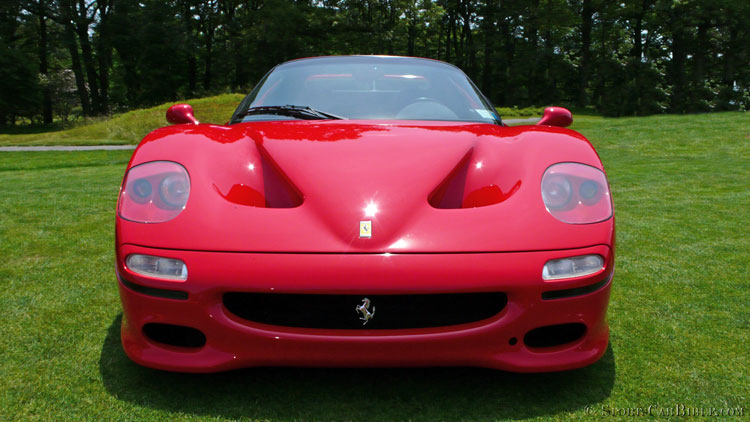 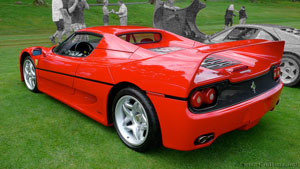 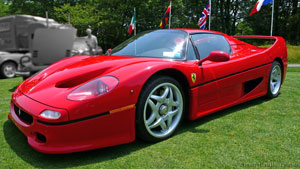 The Ferrari F50 was produced between 1995 and 1997 at only 349 left hand drive units. It has its place in the Ferrari’s pantheon, even if the styling wasn’t as arresting as the 288 GTO or F40. And with its obvious and cheeky F1 nose, it has its fair share of desired features like its F1 derived V12 engine, targa top, and manual and un-assisted commands.