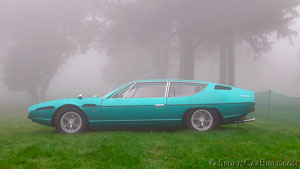 With the 400 GT 2+2 and its 1968 replacement, the Islero, Lamborghini already had a 2+2 four seater lineup in its catalog, but what Ferruccio Lamborghini really wanted was a proper 4 seater coupe that could seat 4 adults in total comfort at high speed. 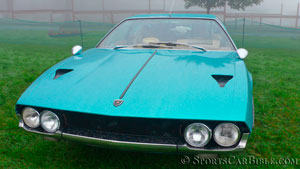 The answer would come in 1968 with the introduction of the Lamborghini Espada, in reference to the sword used by bullfighters. The other good reason for the Espada’s birth was to stay true to the new extravagant stylistic direction started by the Miura two years earlier. This was a needed move to distinguish Lamborghinis from Ferraris, and get noticed in the exotic sports car market.

The Espada 400 GT went into production in 1968 after the concept car “Marzal” and challenging “Pirana” were developed. As the Miura, the Espada was designed by Marcello Gandini, then working for Bertone. The result really was something far more unique than anything else on the road with its “futuresque” look and impressive dimensions for a two door coupe. 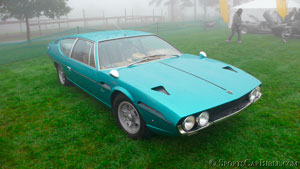 The 400 series chassis was elongated and the front engine created by Bizzarini and revised for street use by Dallara was the same in-house, quad-cam V12 block placed at the front with a capacity of 3929 cc (240 cu in), while the five speed transmission also was Lamborghini’s creation. The proportions of the car were impressive as said, with a very long and low profile. The roofline ended in a smooth extension of the rear glass, while another short vertical glass piece on the Kamm-tail and above the rear lights let you see out when maneuvering… very space age indeed. The hood adorned two NACA air ducts feeding fresh air into the cabin, and two horizontal thin cuts on each front fender were directly taken from the Marzal concept.

Filling the wheel arches were a set of magnesium Campagnolo wheels as standard which had a center knock-off and looked the part, especially at the back with the squared-off rear arches. With its size the Espada could look odd viewed from some angles. The long wheelbase with the huge rear quarter windows and rear overhang was quite… well just plain long, and the same could be said for the hood. As eye-catchy as it was, the Espada is just a lot of car to swallow, and finding harmony in its lines requires you to find the proper approach. 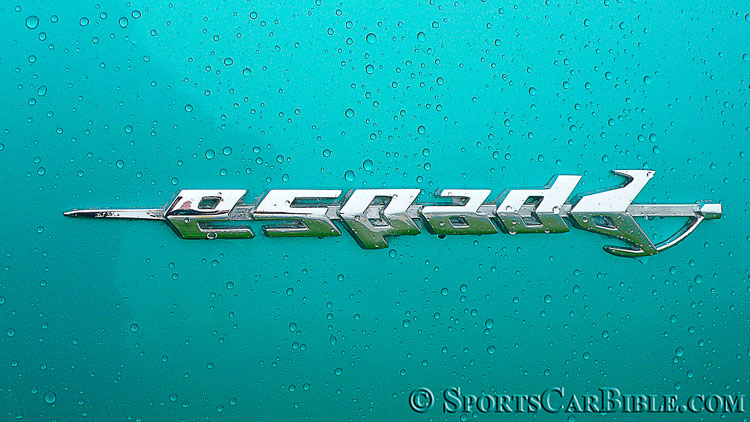 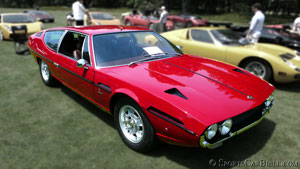 Three Series were made between 1968 and 1978, all had their subtle differences but every series received its unique interior starting by the Espada 400 GT Series I from 1968 to 1970. The tail lights on the Series I were the same used on the 1967 Fiat/Dino Coupe from Bertone, and a particular suspension system called “Lancomatic” was optional and replaced the tube shocks and coil springs by a telescopic arm controlled by fluid. 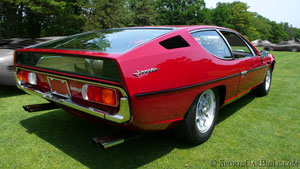 But this system never proved itself and thus never took off. The V12 was fed by six side-draught Weber carburetors and produced 325 hp at 6500 rpm while later on it achieved 340 hp at 7000 rpm. With this the Espada could get to 60 mph from a standstill in 6.5 seconds, while four adults could reach a top speed of 155 mph (250 km/h) without much noise intrusion and in perfect comfort. 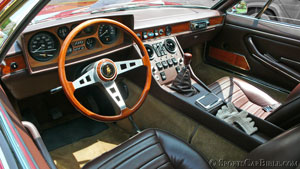 Inside the Espada, the dashboard was functional but very busy and overdone with hexagonal outlines and with a top recessed pod. The swooping center console received toggle switches, radio and heat controls, while the high tunnel console was fitted with the gear lever and ashtray. At the back, two enveloping bucket seats with a center armrest and another ashtray in front of it gave a relaxing tone for rear passengers. 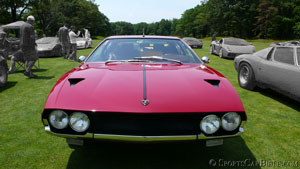 The Espada second Series, or Espada 400 GTE SII arrived in 1970 and adorned bigger rectangular tail lights, which had also been fitted on the Maserati Ghibli, Indy and Khamsin (sometimes smaller Alfa units). The GTE also received the Miura’s hotter camshaft and with it the V12 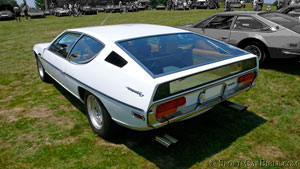 now developed 350 hp at 7500 rpm, but performance remained comparable. A new and better built interior was developed for the second Series with a more classic rectangular binnacle housing wood trim. The toggle switches were replaced by safer rocker units and power steering was adopted after customers complained about the heavy steering action found on the Series I cars. 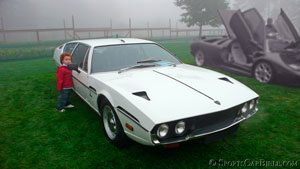 The Espada Series III was introduced in late 1972 at the Turin Motor Show and can be recognized by its new grill and recessed headlights without chrome trim. At the back, new thinner rectangular tail lights also found on Alfas were fitted (not consistant), and an optional sunroof was finally available. A Chrysler 3 speed automatic 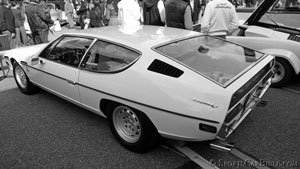 Torqueflite transmission was offered mainly for the US market in 1974. In 1976 all market Espadas were fitted with the ugly federal rubber black bumpers. As for the power, it remained the same at 350 hp at 7500 rpm. New “flatter” Campagnolo wheels held with five bolts replaced the older set. To stay on the safe side, bigger disc brakes were fitted, and the Espada's rear suspension was improved. 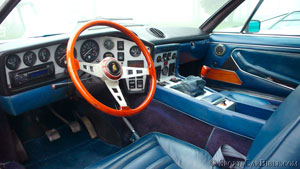 Like the Espada Series I and II, a new dashboard, with this time a metal brushed background trim and an enveloping right wing, was the new thing. The center console was vertical and the tunnel console was slightly raised. 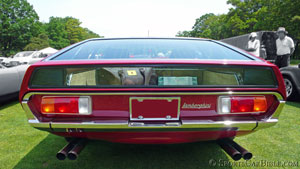 In 1978 coachbuilder Frua made a one-off creation by redressing a Espada SIII and lengthening the chassis to fit four doors with a heavier and higher trunk line, while the front was pointier. This model is known as the “Faena”. 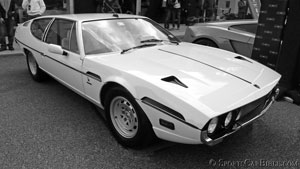 A total of 1217 Espadas were sold until 1978, making the Espada one of the most produced classic Lamborghinis, and is still highly regarded for its looks, power and technology… not bad for a big and heavy car capable of transporting four adults at 155 mph (250km/h). 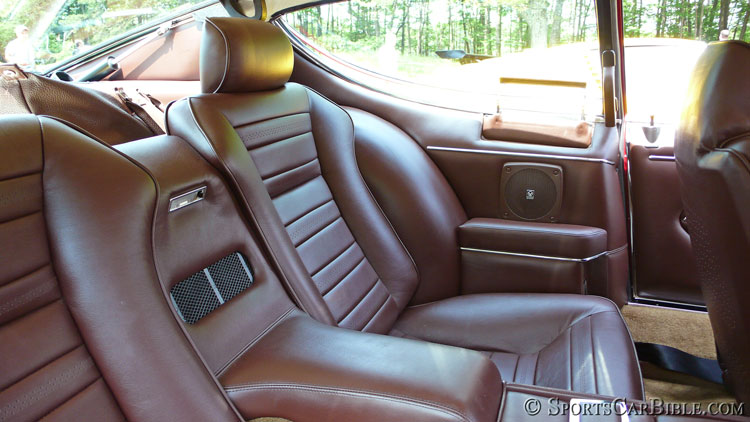