After the fantastic financial flop of the 1973 entry level Lamborghini Urraco, which was later on restyled as the 1976 Silhouette, Lamborghini, under new Swiss owners since 1980 with the Mimran brothers, decided to reintroduce the Silhouette for obvious economical reasons as the Lamborghini Jalpa P350 GTS in 1981. 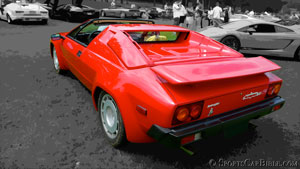 After Paolo Stanzani’s departure, Giulio Alfredi, the head engineer at Maserati from 1953 to 1973, was recruited and given the responsibility to mechanically update the Silhouette while Bertone would refresh its looks and build the Jalpa. The underpinnings of this “new” bull breed named Jalpa were the same, aside from an updated MacPherson independent suspension and beefier ventilated brakes all around. 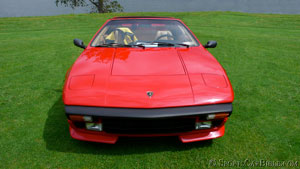 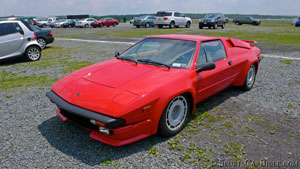 The front-end with its small pop-up headlights had the same flavor as the Silhouette, aside from the reworked front spoiler. The flared wheel arches grew in size but they merged more smoothly into the fenders, and as the Silhouette the Jalpa had a “Targa” roof panel as standard that could be lodged behind the seats. 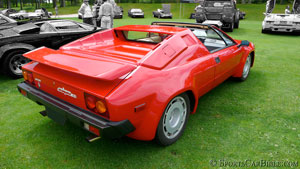 As in the silhouette the rear air scoops on the rear buttresses were smaller and finished in black like the panel roof. The rear rectangular lights were also taken from the Silhouette and as the 80’s savage and wild fashion emerged, a big rear wing “a la Countach” was available on the option list. At the back the traditional Italian quad-exhaust system was fitted under the rear black bumper and to finish it all a new set of 16 inch OZ Racing alloy wheels completed the Jalpa. 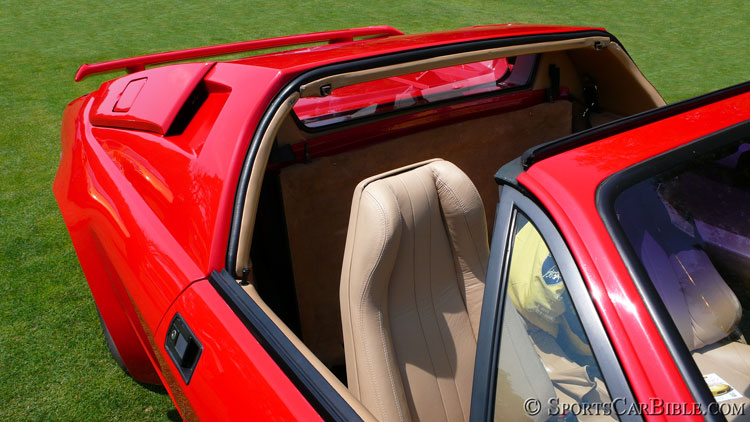 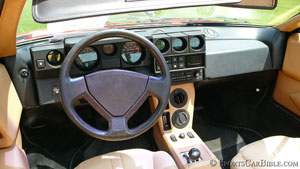 Inside the Jalpa a new squared-out dashboard more in tune with the 80’s excess style displayed a big black plastic binnacle sectioned into cubicles where dials were deeply encased. A small center console received the same stacked up two round air vents as in the Silhouette, and the gear lever exposed metal gate reassured you that you were seated in a true Italian exotic. 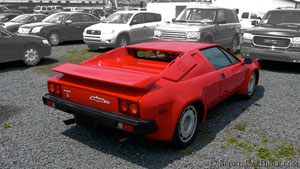 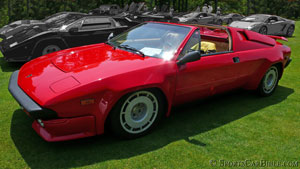 but the torque went from 201 to 231 ft lb at 3500 rpm, which helped to propel the Jalpa to 62 mph from a standstill in 6 seconds against the 6.5 seconds achieved by the Silhouette. Sadly due to an increased weight of 595 lb (270 kg) the top speed was lower than the previous model with only 145 mph (234 km/h). And while the driving position was off as usual for an Italian car of this era, the Jalpa was practical and tractable in town as long as the windshield’s light reflections didn’t make you crash into parked cars.

In 1984 the Jalpa received a few updates with a color coded “Targa” top roof, and buttress air intakes. At the back the rear tail lights remained rectangular, but a two round pattern brought the Jalpa a little closer to the fast selling Ferrari 308s. 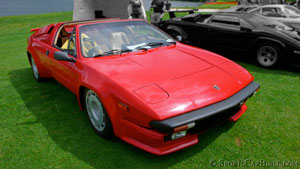 Even with good looks and a luxurious brand name attached to it, the Lamborghini Jalpa never sold out as expected, and was pulled out of production by its new owner Chrysler in 1988 after only 410 Jalpas were built. Chrysler bought Lamborghini in 1987 from the Mimran brothers and didn’t want to rain on the Countach’s parade, so the spotlight was left to the wall poster star of the 80’s.