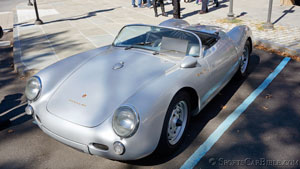 From the start, Porsche achieved great success in motor racing with their 356 platform, but it became apparent that a race prepared production car did have its limits in the increasingly competitive race circuit. 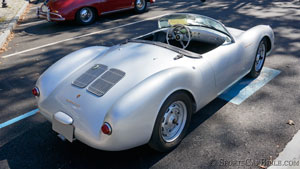 For an out right victory Porsche needed to build a purpose race car to meet those new demands. Two Porsche 550 Coupés were built in 1953, but it is the 550 Spyder also known as the 1500 RS, an open two seater version of these 2 coupés, created the same year and totaling 90 units, that would become the most popular of this series. 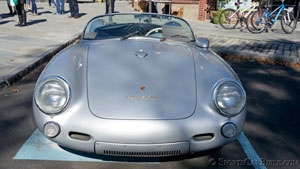 This superb 1953 Porsche 550 Spyder could almost be confused for a toy with only 41 inches (1m05) in height and 142 inches (3m60) in length. Designed by Erwin Komenda, the characteristic Porsche lines could be seen from the Beetle to the 356, as he helped draw both of these cars. The 550 Spyder was a racing car that could be driven legally on the street. 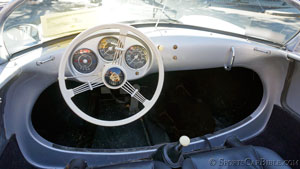 The windshield was low at best and raised rear fenders, usually painted a different color than the body, were the biggest draw of this tiny tub. The Porsche 550 chassis was an altered ladder type 356 chassis; the body was all aluminum and the engine, placed in a mid-rear central position, gave a better balance at the limits than the 356. 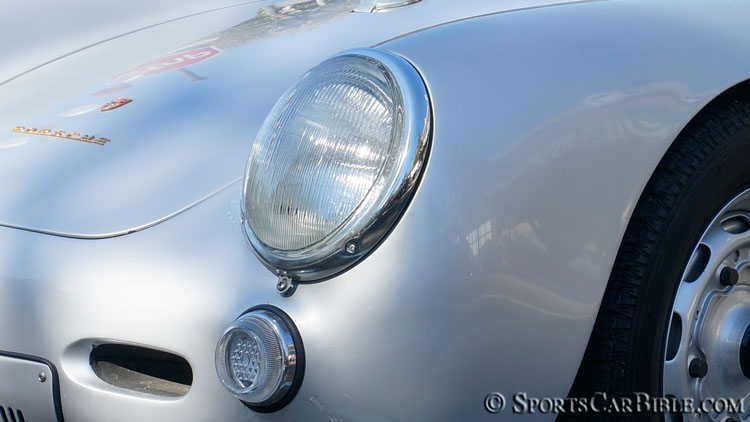 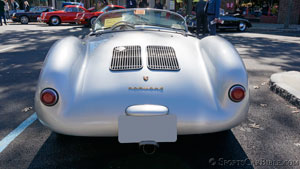 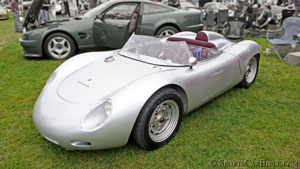 The 550 Spyder project paid off and it won that same year at Nürburgring, Le Mans and the Carrera Panamericana, whose name would adorn future Porsches for decades to come (Carrera = Race). The biggest evolution came in 1956 with the Porsche 550 A. The Porsche 550 A had a very different chassis and utilized tubular space frame technology making the 550 A Spyder even lighter by 44 lb (20 Kg), 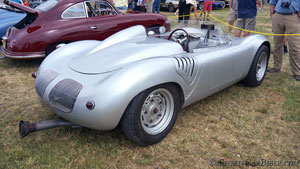 but it was especially stiffer and with its reworked suspensions the handling got even more telepathic. The power also was improved with the help of two Weber carburetors replacing the two Solex giving now 135 hp. All this was matted to a five speed gearbox instead of the four unit found on the 550 Spyder. Visually the 550 A can be identified from the 550 with its louvered hatch located on the rear right fender and also by a headrest-fin added to gain maximum speed. 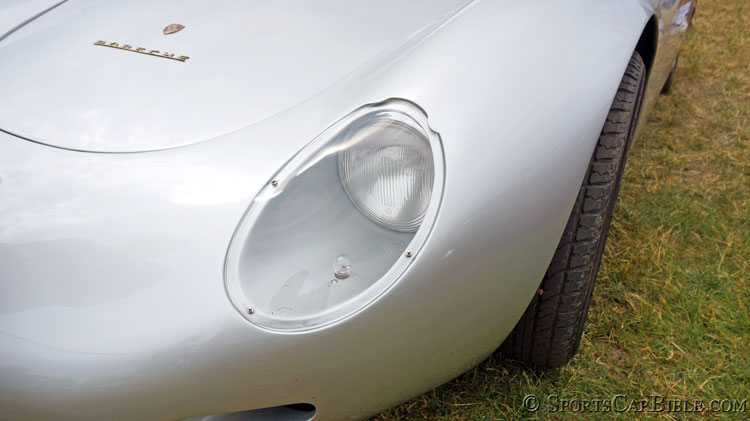 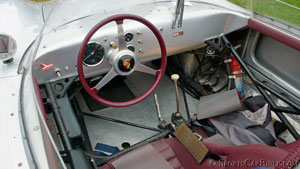 In 1957, the 550 A grew into the Porsche 718 RSK, this newer version had a front frame in the shape of a “K” reflected in the name and a lower and more profiled front headlights and fenders. For 1960 the 718 RSK became the RS 60 and RS 61 in 1961 with up to 150 reliable horsepower. These last Spyder evolutions were demanded by race regulations giving the little Porsche a taller windshield.

In total, the 550 Spyder and its evolution line won an impressive three times at Le Mans, once at the Targa Florio, twice in Mexico for the Carrera Panamericana, and twice the Italian Mille Miglia in their class to only name the most prestigious races. 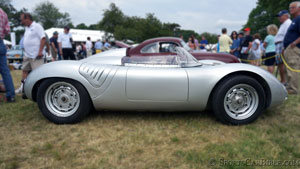 But it is the way that this little nimble race car did it that impresses the most with 550 Spyders chasing bigger boys in the 3 liter class category like the 3 liter V12 Ferrari GTO’s. This Porsche dominance actually caused a real threat to Ferrari and other big contenders running in a higher class than the little Bastard and was dubbed "Giant Killer". Today the most recognizable 550 is the first one introduced from 1953 to 1956, of course James Dean’s 550 Spyder car accident has something to do with it, but it is also simply because it is the most harmonious shape of all Spyders.