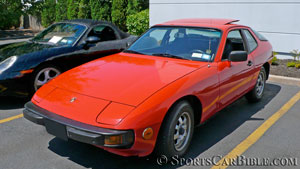 In the early 70’s Volkswagen needed a new 2+2, rear wheel drive, front engine flagship coupé supposedly for Audi and simply asked Porsche to conceive it. New executive changes at Volkswagen and the oil crisis buried the project. Porsche, intending to replace its 912 and 914, was happy to purchase the VW project at a fraction of its development price. To close the deal Porsche asked VW to produce the new coupé making it economically viable with the extensive use of parts-bin from the VW/Audi group.

The Porsche 924 was designed by Harm Lagaay and introduced in November 1975, it had a slanted hood with retractable headlights, straight fenders with no flared arch-wheels, a small rear side window and the big curved rear panoramic window that doubled as a hatch to access a generous trunk space. 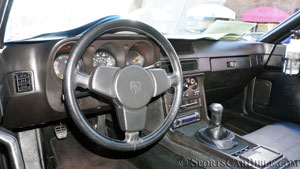 The interior was very sporty with low seating; three main dials were sunken into the dashboard binnacle, and the center tunnel was high enough to use as an armrest. The rear seats were just here for children but the backrest could be lowered to transform the rear seats into a practical parcel shelf, while the rear window acted as a hatch for easy rear access. 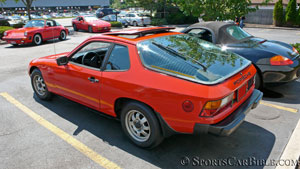 During 1977, the first right hand drive 924 was delivered to English customers , and the Federal 924s had their power increased to 110 hp, also a 3-speed auto transmission was available while a 5-speed manual was now standard from 1979. 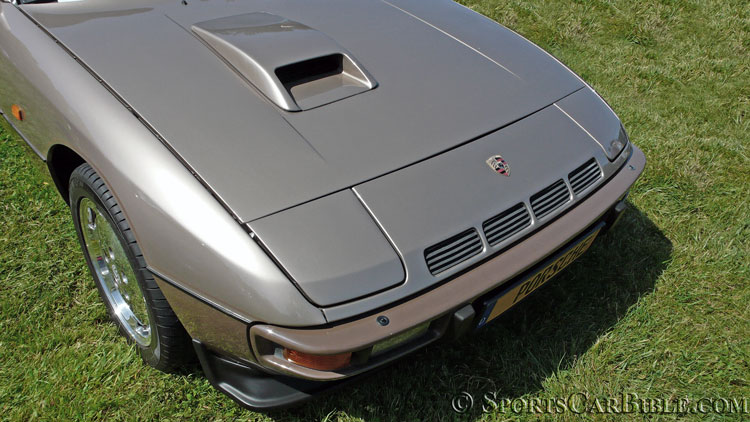 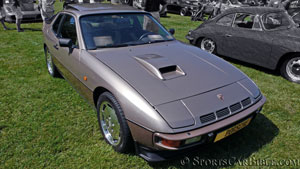 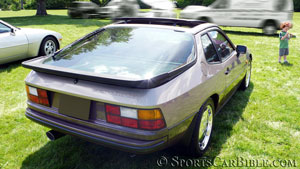 On the outside four aligned rectangular air intakes were on the lower part of the hood as well as a NACA duct on the right; multi-spokes alloy wheels and a rear lip-spoiler surrounding the rear window base finished this “turbo-look”. In 1979 the 924 turbo "2" was introduced with 177 more reliable hp, while 1981 Federal 924s produced 149 hp. The 924 Turbo production ceased in 1982 in the US as well as the base model, while the European 924 Turbo ended in 1983 and the base 924 at the end of 1985. 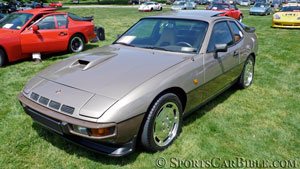 To answer the constant criticism that the 924 wasn’t a real Porsche with its water-cooled VW/Audi front engine, Porsche decided to fit a 944 engine, which was a split in half Porsche 928 V8 engine. The result was a straight four cylinder, 2.5 liter (151 cu in) with a balance shaft to reduce unwanted shake which is prone on large capacity four cylinder engines. The 924 S was born in 1985 allowing Porsche to reintroduce the 924 as the 924 S in the US market in June 1986 and Uk in September that same year. 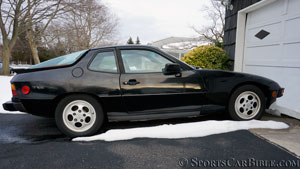 In 1980 a batch of 400 special Porsches, the 924 Carrera GT, went on sale to homologate 4 Le Mans racers in 1980. Those 924 Carrera GTs had the 911 turbo wheels fitted with a bigger front, rear spoiler and a bigger air intake duct replacing the NACA unit.

The “Carrera” nomenclature was written on the top left front fender. Talking about fenders, all were flared out to the maximum with plastic panel extensions forming the rear fender flares. It can be said that the 924 Carrera GT’s curves are the Precursor to the 944’s menacing and muscular lines. The 924 Carrera GT developed 210 hp at 6000 rpm from the 2 liter (121 cu in) straight four rocketing this insane 924 to 60 mph in 6 seconds with a top speed of 150 mph (241 Km/h). To homologate the 924 in the Group 4 class in 1981, Porsche produced an even smaller batch of 59 Carrera GTS producing 245 bhp at 6250 rpm, a very rare bird indeed.

Today the 924 is still battling for its crest-rights, even after re-injecting some money into the weak Stuttgart brand and thus allowing Porsche to continue its 911 program.