After the Ferrari 250 GT Europa, sales started to flow, and Enzo Ferrari asked Pinin Farina, who not only designed cars, but also built them from a rolling chassis, to increase its production for a new up-coming model based on the Europa. With this in mind Pinin Farina was building a new factory, but when it wasn’t ready on time, he subcontracted the coachwork to Mario Boano, a former Ghia employee. So after only 19 Ferrari 250 GT Coupe “Series I” were assembled by Pinin Farina, the Carrozzeria Boano started producing the 1956 Ferrari 250 GT Boano. 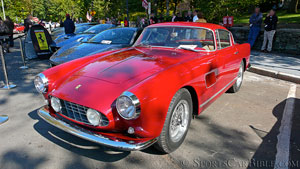 The Ferrari 250 GT design came to maturity with rounded front fenders, and exposed vertical headlights with extra driving lamps at each corner of the smaller egg-crate grill. The roofline was low and the rear fender’s shoulder lines were now aligned to the belt line to help facilitate the production. At the back the little rear fender fins were preserved making it the only “wild” part with the front fender side air vents found on some models.

The short wheelbase tubular ladder chassis of 2600 mm (102.4 in) was used with the usual independent double wishbone suspension with coil springs at the front, and a live rear axle at the back. Massive drum brakes all around could be found behind a beautiful set of Borrani wire wheels. Most of the panels were in steel except for the aluminum hood and trunk lid.

The interior remained all 50’s with a metal dashboard matching the body paint color, two main Veglia dials in front of the driver, a Nardi steering wheel and push/pull buttons finished this simple but elegant interior. 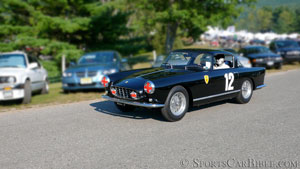 After accepting Fiat’s “head of design” job offer, Mario Boano sold his business to his son-in-law, Ezio Ellena. In 1957 the Ellena family took over production of the 250 GT Boano and with a few alterations it evolved into the Ferrari 250 GT Ellena. The evolution began with a barely noticeable higher roofline, making the interior more livable as with the more oval dashboard binnacle. The drum brakes were upgraded, the side windows lost their vents, and was now a one piece unit. And last but not least, the rear suspension was tweaked for better road manners.

After 143 Ferrari 250 GT Boanos and Ellenas were produced it was obvious that Ferrari was on a roll and just affirmed the Ferrari/Pinin Farina union was growing stronger with each Ferrari model introduced. 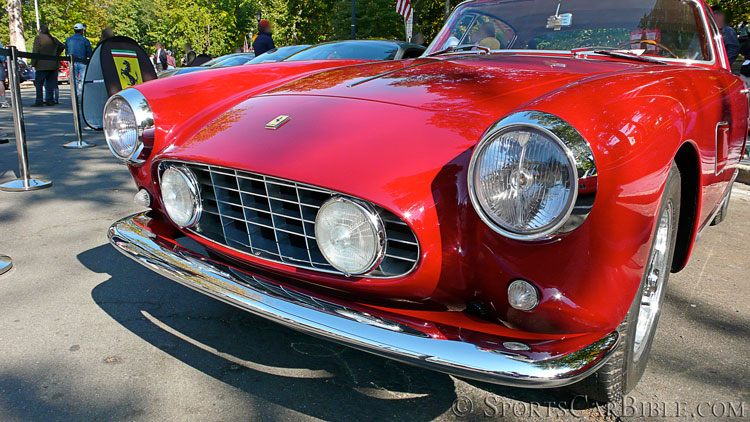