The story of Enzo Ferrari’s first 2+2 production four seater sports car is one tumultuous affair going from denial of the prancing horse badge by car collectors, to an epiphany moment of what an understated and classy Grand Tourer the 1960 Ferrari 250 GTE 2+2 really is. 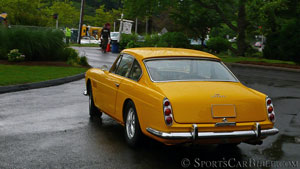 The longer wheelbase tubular ladder frame chassis of 2600 mm (102.4 in) was chosen to accommodate the rear seats, and the steel body with aluminum doors, hood and trunk lid was penned by Enzo’s favorite designer, PininFarina. The lines were very conservative for a Ferrari, but the GTE’s intent was to travel comfortably at great pace with four adults on board without waving flags all around you. 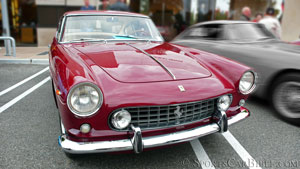 The exposed upright round headlights were slightly set inside the fenders with a metal strip running along the middle of the hood. The egg-crate grill had driving lights at each corner of it, and a side front fender 12 louvers air vent helped keep the engine bay cool. The fender lines run straight from front to rear with little finned out rear fenders, the taillights were composed of two vertical round lights with reflective units on top. All these light components were set inside a cat-pupil like chrome casting. To allow for plenty of light and visibility, large three quarter rear side windows could be opened to vent the cockpit. As usual the quad-tail pipes could be seen under a chrome bumper with over-riders also found at the front. To complete our 250 GTE, a set of beautiful chromed Borrani wire wheels set this diva apart from the ordinary two-door coupe.

The interior was as usual fitted with Veglia dials including four small gauges placed linearly on the right side of the leather padded top dashboard. Overseeing this array of dials was a wooden Nardi steering wheel (some right hand drive models were also built), while the center console and transmission tunnel were also covered with leather. The four-speed gearbox received a Laycock de Normanville electric overdrive, as used in Jaguars, to give the 250 GTE longer transcontinental legs. The GTE had a genuine rear seat for two adults, these leather seats were slightly bucketed with an armrest in the middle making long trips more pleasant with a second ashtray for the rear occupants. To allow for more interior space, the 3 liter (180 cu in) V12 Colombo engine was moved 8 in (20 cm) forward giving the 250 GTE some “understeering” behavior if you pushed it into corners a little too hard, but top handling capability wasn’t the GTE’s card, Grand Touring was. 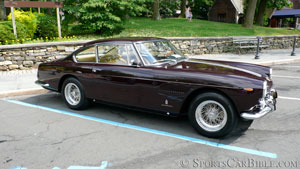 In 1962 the 250 GTE series II was introduced, don’t wait for a long list of updates on this second series because there just aren’t any. The only update was done on the dashboard now fitted with five small gauges above the center console, with three on top and two just underneath. 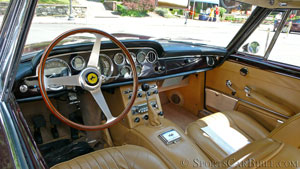 The real changes will come a year later in 1963 with the 250 GTE series III. The series III saw its front extra driving lamps going from the grill to below the headlights offsetting the turning signals outward. The dashboard again received tiny changes and the taillights became one long vertical unit making more sense visually. With this taillight update, you could now say that the 1962 Peugeot 404 Coupé, also designed by PininFarina, was the 250 GTE’s semi-twin brother. 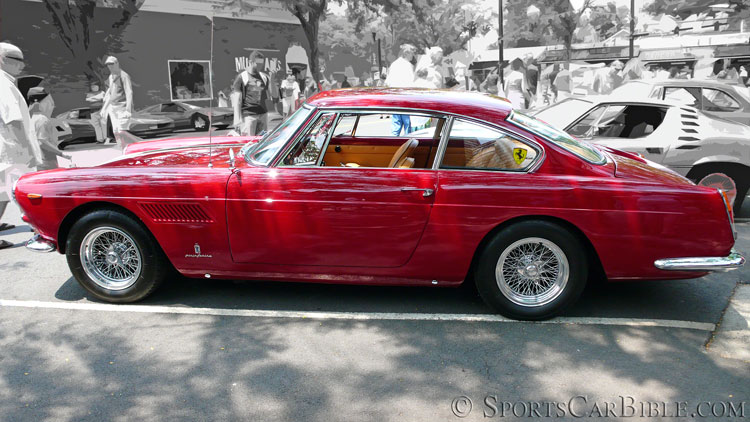 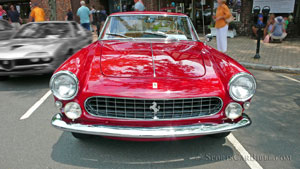 The front independent suspension stayed the same with double wishbones and coil springs, but the rear leaf springs on the rear axle were happily replaced by coil springs making the rear more stable on poor road surfaces. With 240 hp at 7000 rpm, the 0-60 mph was accomplished in 7.5 seconds with a 137 mph (220 km/h) top speed…not too bad for a 1960 four seater. 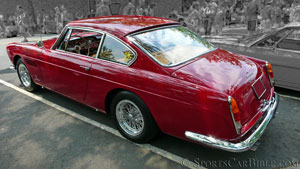 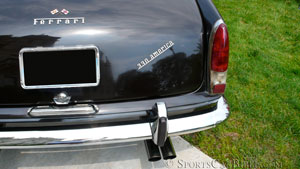 Sadly when prices of any two seater Ferraris went stratospheric in the late 80’s early 90’s, many 250 GTE 2+2s were chopped to produce batches of fake GTOs and SWBs. These days, collectors have finally recognized the true value and the historical importance of the first production Ferrari four seater, which also by its high sales volume of 1005 cars, might have saved Ferrari from bankruptcy in the early 60’s. Today nobody is denying its simple classic beauty, elegance, performance and practicality… and that takes a not so “average” Ferrari to accomplish this. 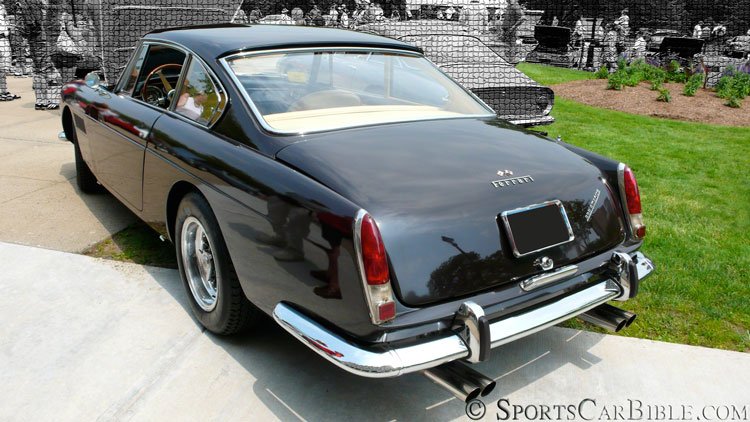