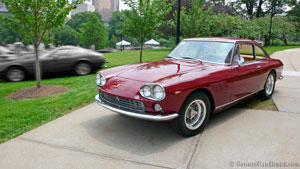 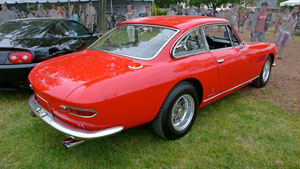 This Grand Tourer had a tubular ladder type chassis just 5 cm (2 in) longer than the GTE bringing the total wheelbase length to 2650 mm (104.3 in). The front independent suspension was up to date with the technology of the time, but the rear live axle with leaf spring suspension was antiquated, while Dunlop disc brakes were fitted all around. 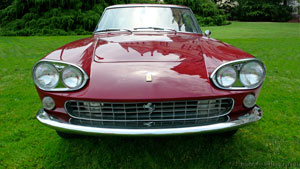 Designed by PininFarina, the 330 GT 2+2 can be identified in two Series, and so we’ll start with the unpopular Series I. Let’s put the awkwardness aside first, and get to the design faux pas right away. The 330 GT Series I is one of the most unliked Ferraris due to its headlight layout. The PininFarina headlamp treatment was of two round lights on each side with the outward unit being bigger. Then each dual light cluster was framed within a teardrop shaped chrome trim. This gave the front-end a not so flattering appearance that could be compared with the Rolls Royce/Bentley, Silver Cloud IIIs/Continental S IIIs made by Mulliner Park Ward and dubbed “Chinese eye”. The front egg-crate grill adorned the Prancing Horse logo while small round turning signals were placed right underneath the headlights. The front side fenders received an air vent composed of eleven louvers designed in three sections, as seen on the 500 Superfast and first year 275 GTS. 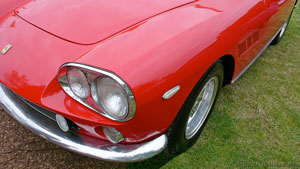 For maximum visibility all pillars were thin with ample window surface to feel and drive comfortably. The trunk was voluminous and the rear “cat tongue” shape taillights were the same found on the 275 GTS with four exhaust pipes under a thin chrome bumper. Borrani wire wheels were standard on the 330 GT 2+2 Series I as well as the teak veneer on the flat dashboard panel all accentuated by Veglia gauges and the wooden Nardi steering wheel. 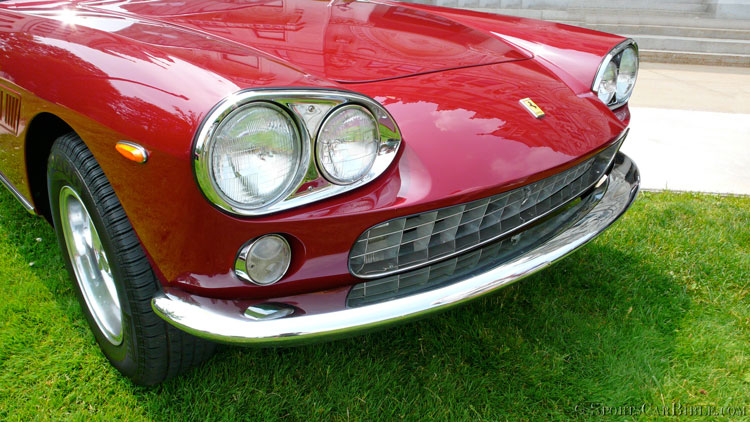 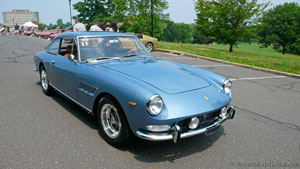 The seats were well padded and the leather covered gear lever on the transmission tunnel was more commonly found on these plush Ferraris than on the sports models. Next to the gear lever the traditional chromed ashtray had the usual Ferrari and PininFarina emblems on top of it. The dual rear seats had enough room for two adults, and were separated by an armrest including an ashtray for the good health of the rear passengers. This gave this family oriented Ferrari a luxurious appointment and quiet padded interior. 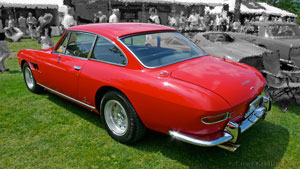 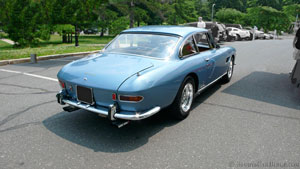 The Ferrari 330 GT 2+2 Series II arrived in 1965, and answered the visual shortcomings of the unloved quad-headlights design of the 1st series. PininFarina redrew the front fenders with a single round light on each side, new turning signals matching the taillights, and overriders on the front and rear bumpers making the front resemble the one seen on the 275 GTS, including the now larger three slat air vent located on the side front fenders. The Borrani wire wheels were now optional and an eleven hole alloy wheel set with knock-off hub caps also found on the 275 GTB were now standard. 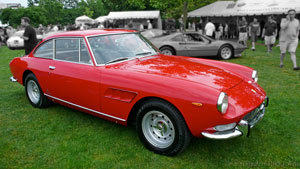 Inside things got updated with a center console housing switches found previously on the dashboard and the transmission received a legitimate fifth gear.

The last Ferrari 330 GT 2+2 was produced in 1967 after 1099 of this subtle Ferrari four seater were made stating that Family was also important at Maranello and was here to stay. 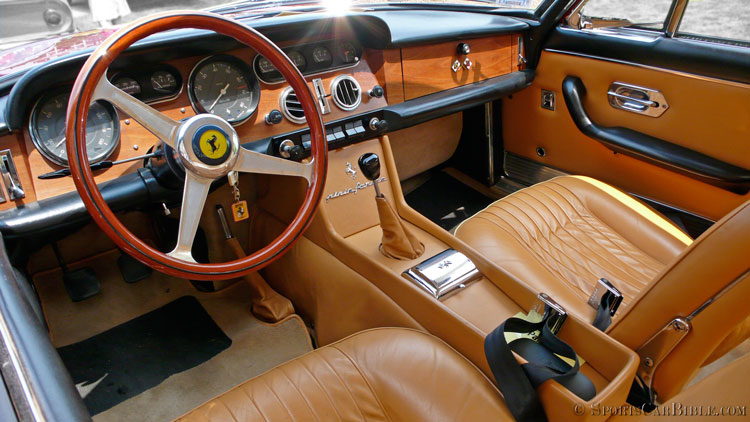