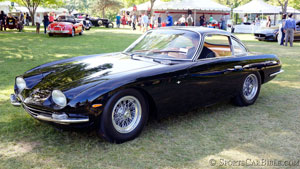 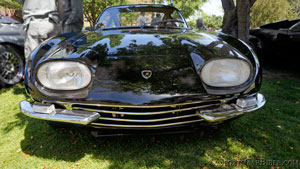 Franco Scagilone’s design of the first Lamborghini prototype, the 350 GTV, had been reworked and produced by Touring with its “Superleggera” technique consisting of laying aluminium panels over a thin tubular structure to minimize weight was abandoned to be able to produce and maintain cars more efficiently, even if the “Superleggera” badges were still adorning the 400 GT 2+2’s hood. 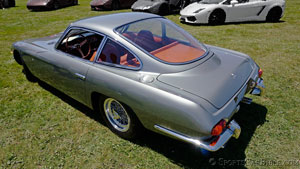 The oval lamps encased in protuberant curved fenders from the 350 GT were replaced by a flushed twin round headlights surrounded by a heavy chrome trim on each side as some late 400 GTs, making the 400 GT 2+2 not as elegant as the 350 GT, while the hood was set low due to the use of side-draught carburetors. The windshield now adorned two wipers instead of the single one found on the 350 GT, and was slightly panoramic with arched posts. The rear quarter windows and rear window were generous with thin pillars giving the 400 GT 2+2 a fantastic all around visibility but the rear window had a higher base line to make room for a bigger trunk lid allowing for easier cargo access. 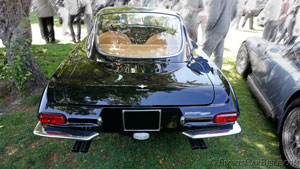 The rear fenders just had a thin raised longitudinal edge matching the pattern on the front fenders and with the flat trunk lid our 400 GT 2+2 had an air of Aston Martin DB4/5/6, also created by Touring and much loved by Ferrucio Lamborghini. To provide more interior space the roofline was raised by 2.6 in (6.5 cm). To conclude, the rear split bumper also followed the front bumper design, and in perfect Italian fashion four exhaust pipes and a set of Borrani wire wheels was adopted and gave the 400 Series a nice 60’s classic look especially with the rear squared-off wheel arches. 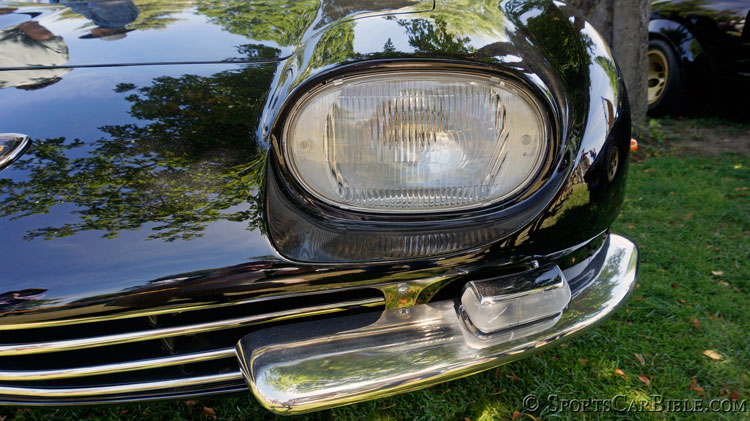 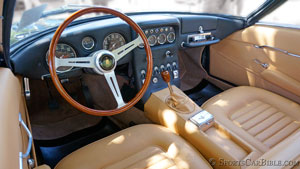 With its long doors, entering the 400 GT 2+2 wasn’t a problem, and once inside leather was found everywhere including on the dashboard. The binnacle had an upper lip unlike the flatter 350’s unit, 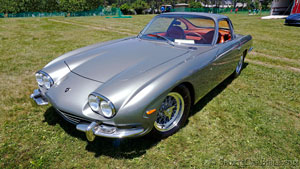 with two big Jaeger dials placed behind a three branch wooden Nardi steering wheel with a small pressure oil gauge in the middle. The center console also received four smaller dials and all were surrounded by 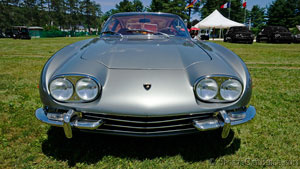 chrome bezel under a new wood trim background. Still on the center console was a cluster of light and toggle switches with no markings adding to the clean dash layout, while details such as elegantly shaped door handles and other finishing touches set Lamborghini apart from Ferrari. As any 2+2 the extra space was there to provide rear seating for your little ones only, but here credit is due to Touring who made it hard to tell a 350 GT from a 400 GT 2+2 so subtle the differences are. 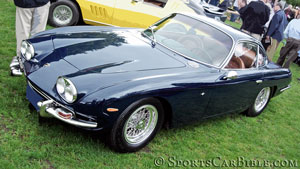 Giotto Bizzarini was responsible for the V12, quad-cam engine but it was detuned from its race mode (360 hp at 8000 rpm) to a more adequate 280 at 6500 rpm by Dallara on the 350 GT, with its 3.5 liter (211 cu in) engine. The 400 GT and 400 GT 2+2 siblings received an enlarged 4 liter V12 (240 cu in) also fitted with quad-cam and six side-draught Weber carburetors producing now 320 hp at 6500 rpm. The five speed ZF gearbox was replaced by a smoother Lamborghini unit, which was also now mated to a Lamborghini rear differential, making Lamborghini’s cars a full in-house creation. 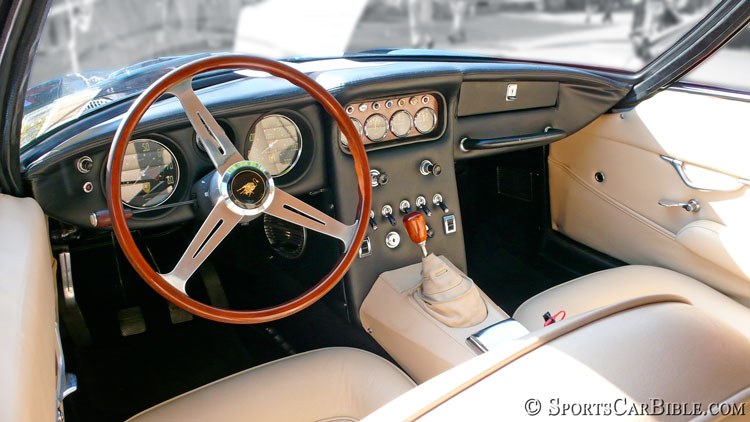 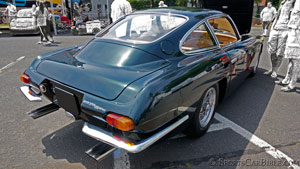 Sadly unlike the 350 GT, the 400 GT 2+2 was much heavier with its extra 441 lb (200 kg) due to its steel construction. And while the engine was more powerful, performance was very similar with a top speed of 155 mph (250 km/h), as for the 0-60 mph sprint, it was done in 6.7 seconds, but as the 350 GT, the 400 series had an all independent wishbone suspension giving the 400 GT an edge over Ferrari by having a better handling and controlled smooth ride over poor road surfaces. For stopping power Lamborghini also was once more ahead of Ferrari by using Girling disc brakes all around! 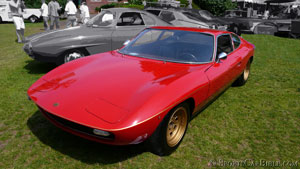 As an evolution of the 350 GT, the 400 GT 2+2 sold relatively well with almost double the volume sold and 224 units produced between 1966 and 1968. Two custom 400 GT 2+2 were made, one named the “Flying Star II” and created again by Touring, and another one done by Neri and Bonacini who supplied chassis to Lamborghini. Unlike later on, testosterone and ego-driven mid-engine boy toys, the 350 and 400 series were mature and civilized sports cars with a certain practicality and common sense dictated by the need for achieving greatness, a philosophy that wouldn’t last long in Sant’Agata.